For the past 4 years, over 20,000 music fans have flocked to the woods in Eau Claire, Wisconsin for the Eaux Claires music and arts festival. Started in 2013 by Justin Vernon, best known as the frontman of Bon Iver, the festival features a meticulously curated lineup of eclectic music and interactive art. Known for featuring a range of artists from up-and-coming to legendary, fans have come to expect well-known Vernon collaborations as well as be introduced to new performers. This year, that concept was taken to a mysterious next level. Eaux Claires left both fans and media outlets alike scratching their heads this spring when they announced that no lineup would be published prior to the festival. Intrigued by the unknown and excited by all the possibilities, we, Darby and Maddie, made our way to Wisconsin to check it out. 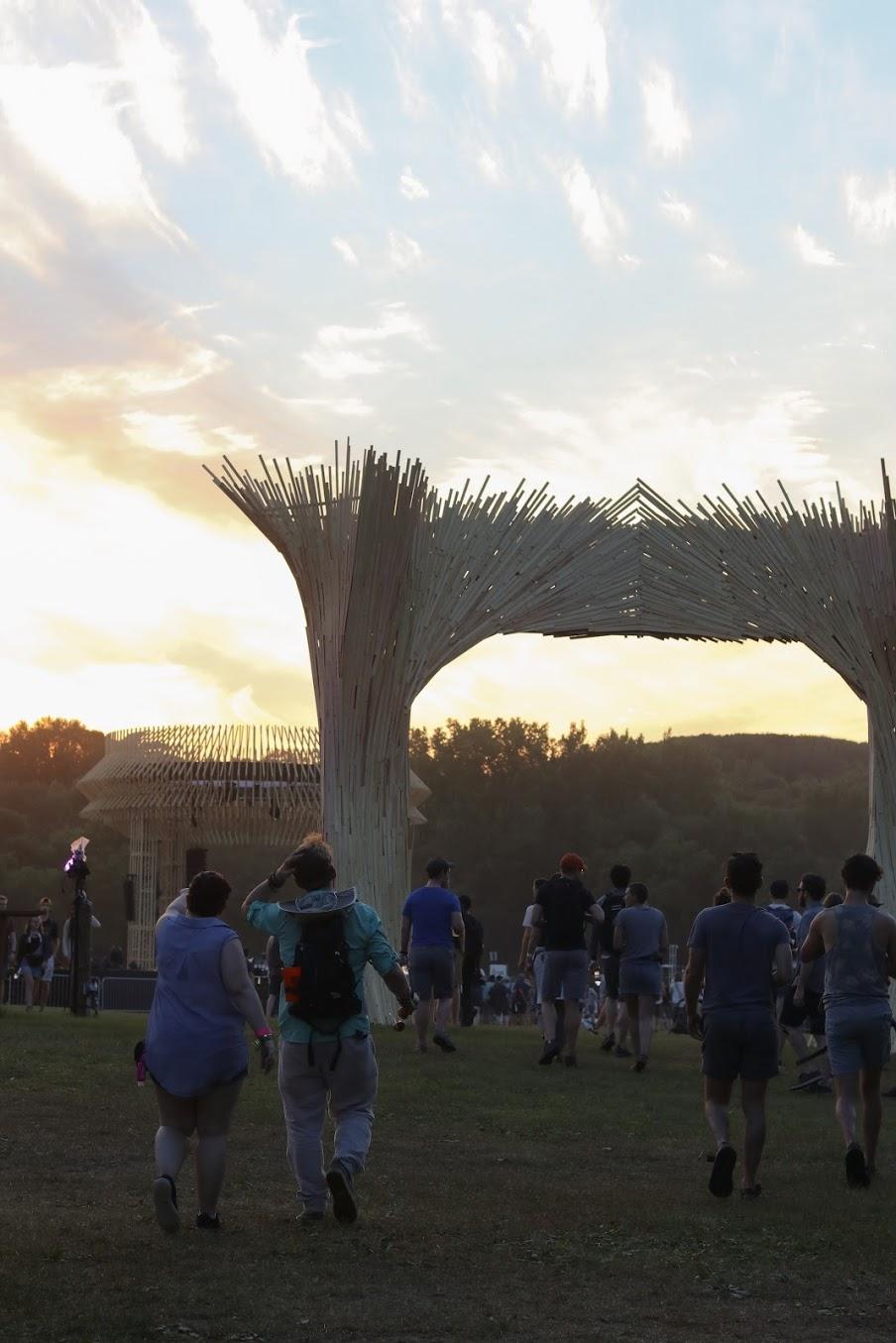 Entering the festival struck us with an initial impression that this was different from any music festival we had attended in the past. In addition to a large proscenium stage in the main clearing, there was a stage surrounded on all sides by audience members, a side stage, and at least four additional stages to discover as one wandered deeper into the surrounding forest. When attendees entered the festival on Friday they received small booklets full of cryptic illustrations and- finally- the lineup. With dozens of artists sprawled across seven official stages, the festival retained an air of mystery after these details had been revealed. After peeking at the stages set up in the open, we made our way into the forest. Here, attendees mingled with different pieces of interactive art, like balloons filled with lights and an elaborate collection of chimes. Here and there along the path, were the hidden and nontraditional stages. From a secret rave in the heart of the forest fronted by various DJs to a stage that resembled a house and was made entirely of instruments, the spirit of wonder, collaboration, and creation was flourishing in the forest. 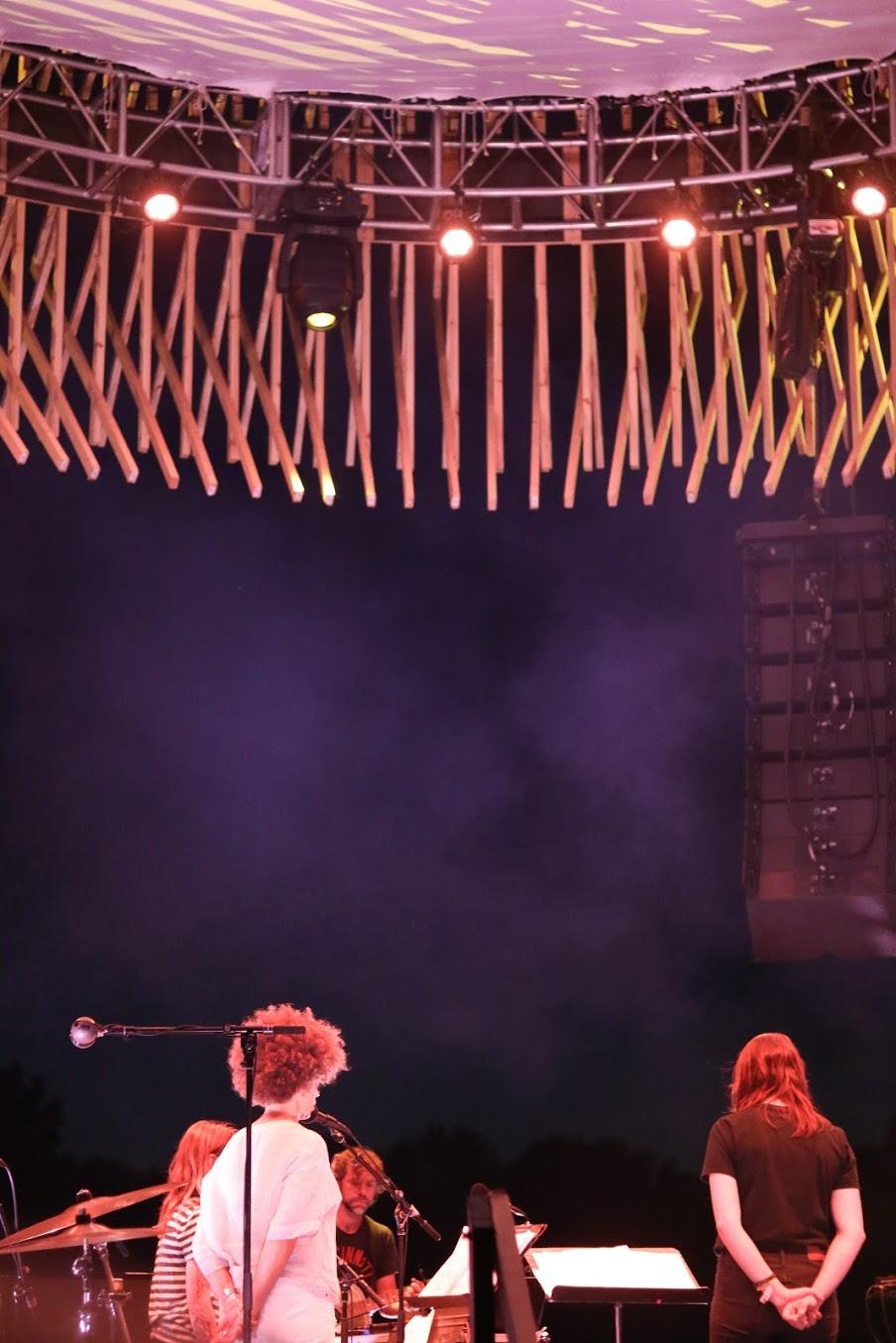 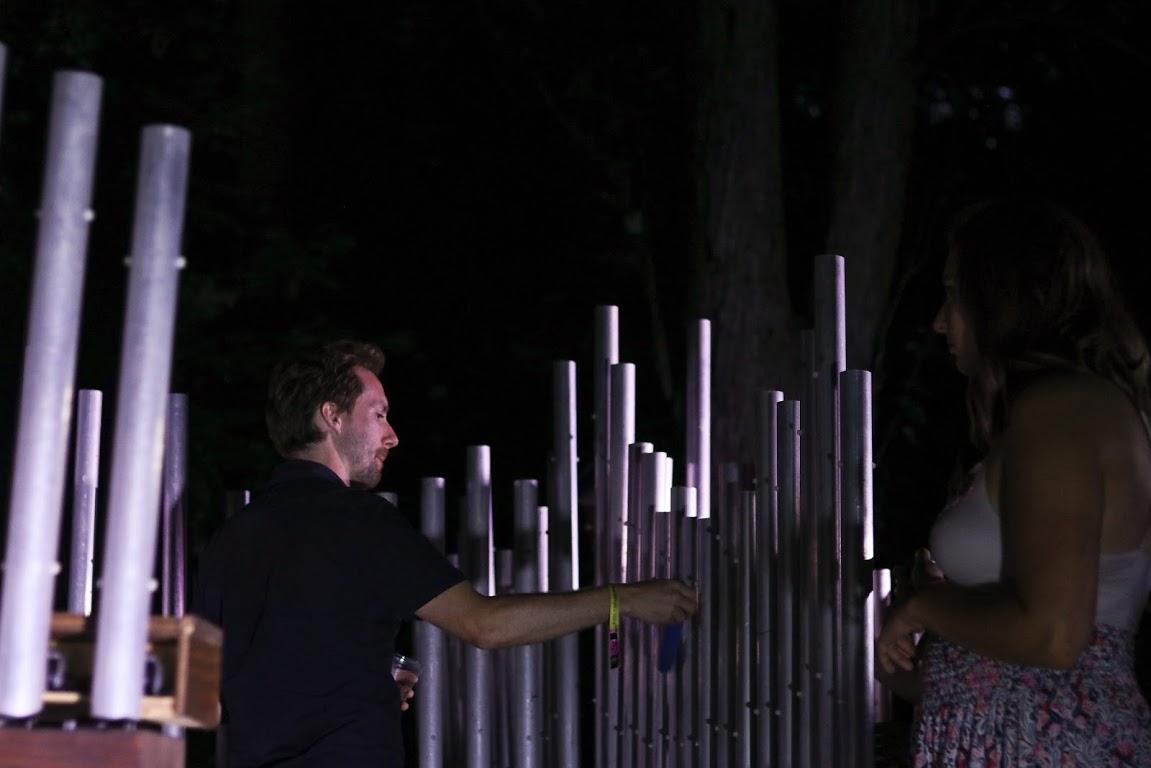 This collaborative spirit also displayed itself during experimental gospel artist serpentwithfeet’s set. We stood in awe as his flourishing vocals echoed throughout the festival grounds and he cut in clever humor alongside his poignant performance. He finished his performance by inviting Moses Sumney to sing his recent single “bless ur heart” alongside him. The audience reacted intensely to this astonishing mix of voices and performance. We were thrilled that the very first set we witnessed displayed such an unexpected element of creation.

Another stage, the Music Box Outpost served as a playground for this sort of collaboration. In this space each element could be used as a musical instrument. During part of the day, it was open for people to explore and create sounds. There were a few instances where artists were scheduled to perform. Nearing sunset, Julien Baker and Gordi lured in hundreds of people who sat in the grass around the stage. The pair looped haunting vocals and wove elaborate textures, entrancing the near-silent crowd. This sort of unexpected performance is one of the things that continues to draw people back to the festival. We overheard someone say “Each year I only know a handful of artists anyway, the discovery is what I come for. I trust Justin [Vernon] to put me on to new music.” 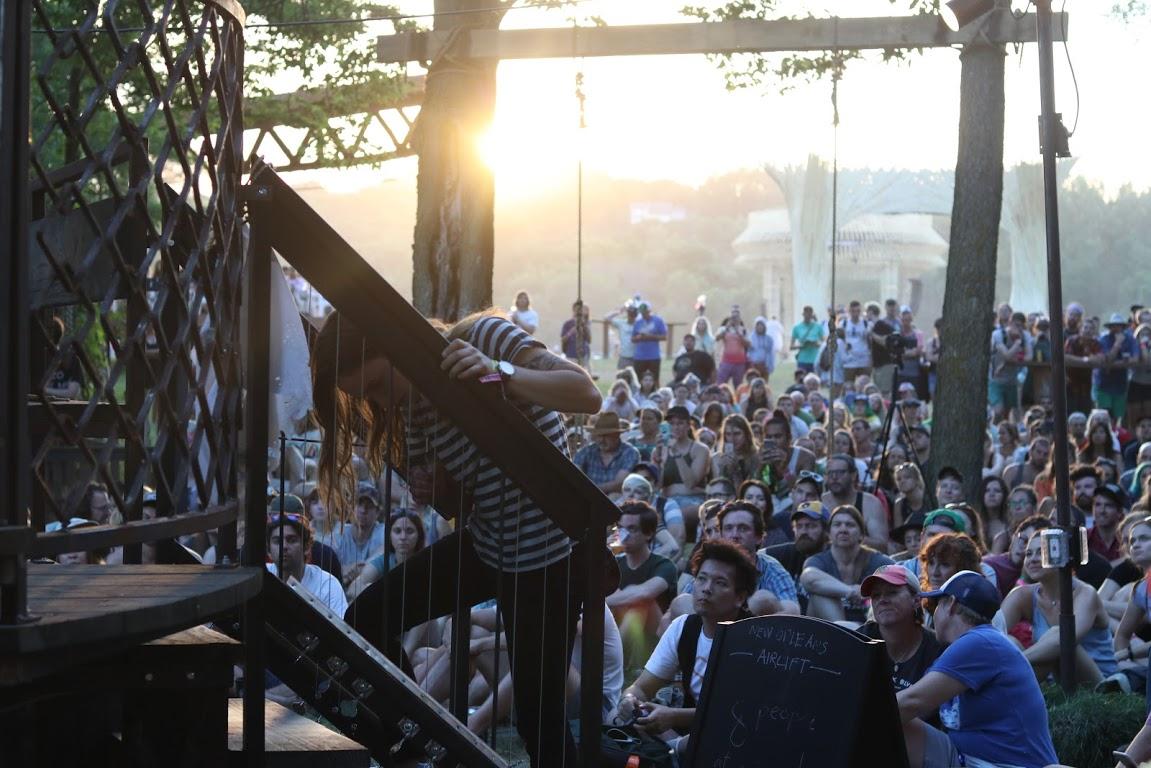 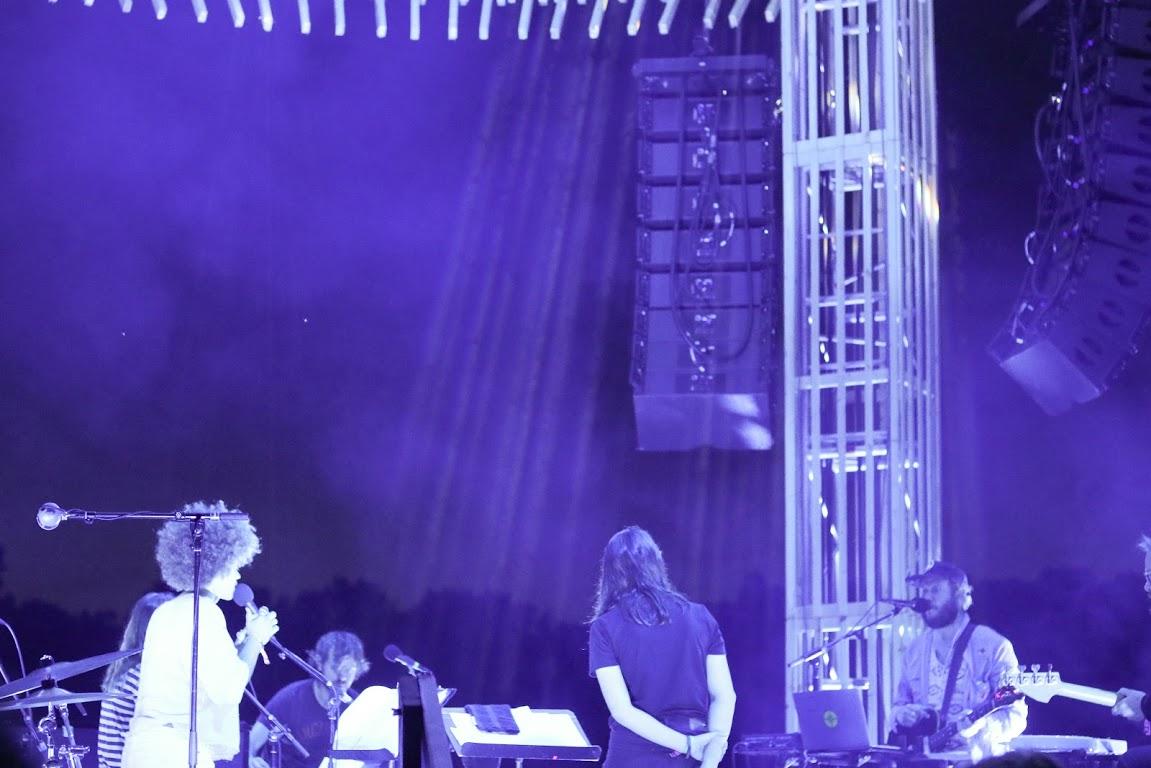 Closing out the night at after a performance by Big Red Machine (pictured above) people clustered around one of the stages in the woods to see Minnesota-based band Low perform. Before their set, we spotted the trio in to the side of the performance space and had the chance to ask them about the festival.

Their set started off with a group of Native musicians singing and playing drums. As they sung, Low’s sound grew with them. What at first started with subdued drumming grew into a powerful cacophony from the two groups, seamlessly blending their distinctive styles of music. After their first song finished, the crowd was completely quiet, entranced, until someone uttered, “I can’t believe this.” From across the audience, a stranger echoed, in true spirit of the festival, “Who said that? Amen. I can’t believe this either.”