On the second day of the festival in the forest, we found ourselves even more in awe of all that makes Eaux Claires unique from any other fest this summer.

Upon arriving, we wandered into the forest and were drawn in by soft horns and a crowd of swaying bodies surrounding the Oxbeaux stage. After a few songs, Riding Horses introduced themselves as a ensemble of friends and collaborators intact only for this weekend. Members included S. Carey, Courtney Hartmann, and Bon Iver’s horn player.

Next, we headed to see Moses Sumney playing on the Lake Eaux Lune stage, one of the bigger stages in the clearing. Moses’ captivating performance on the higher stage had the crowd feeling equally heightened emotions. Emanating a sense of cool confidence throughout, he gave an engaging performance of old and new material. Also, Moses did a Bjork cover and gave a shout out to James Blake, whom he performed with at Eaux Claires 2016. 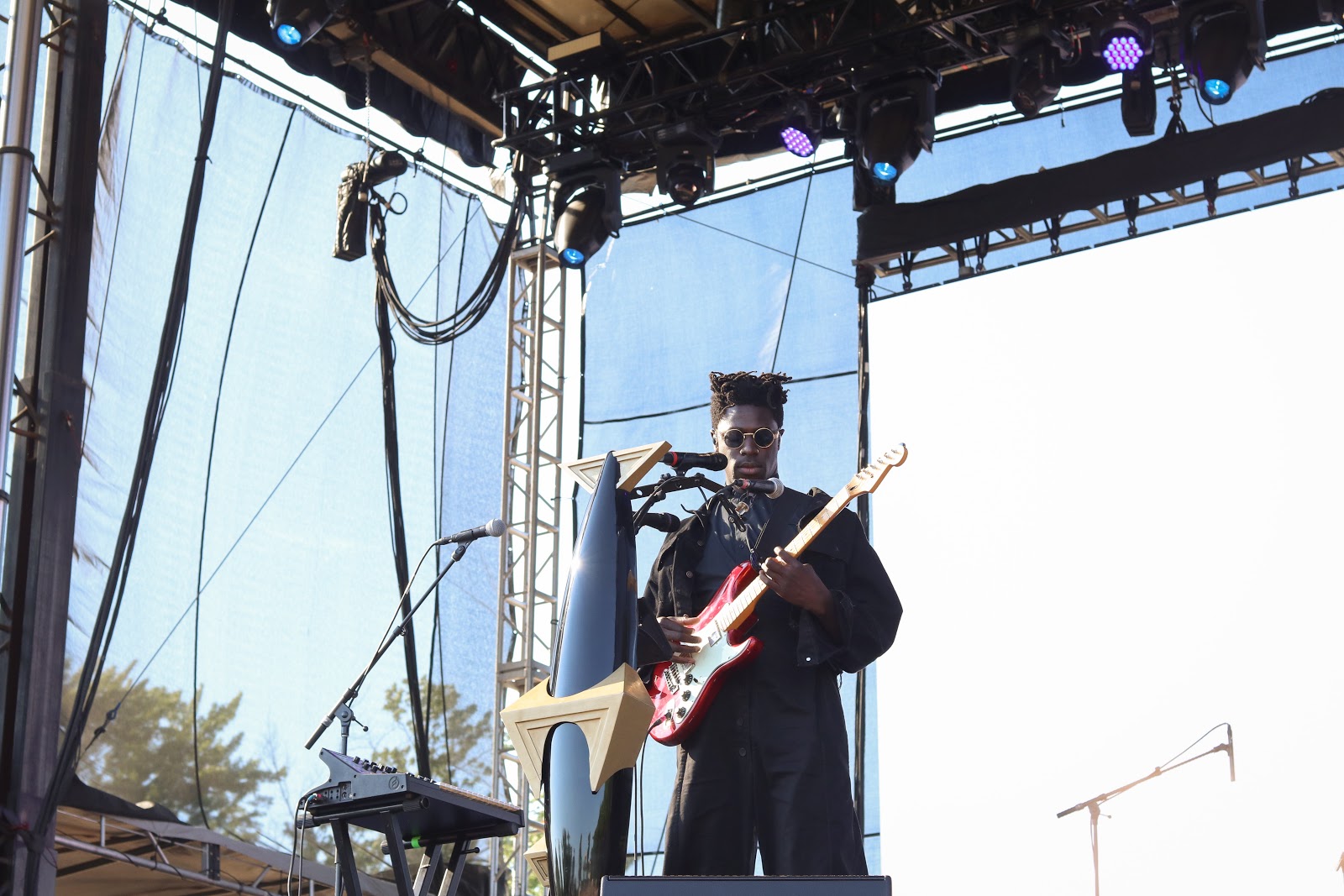 As the sun began to set, it set the stage perfectly for Noname over at the House of IV stage. The soft outdoor scene perfectly illuminated Fatimah’s bright melodies and playful yet incisive songs. She had the crowd participating and singing along throughout the entirety of her set. 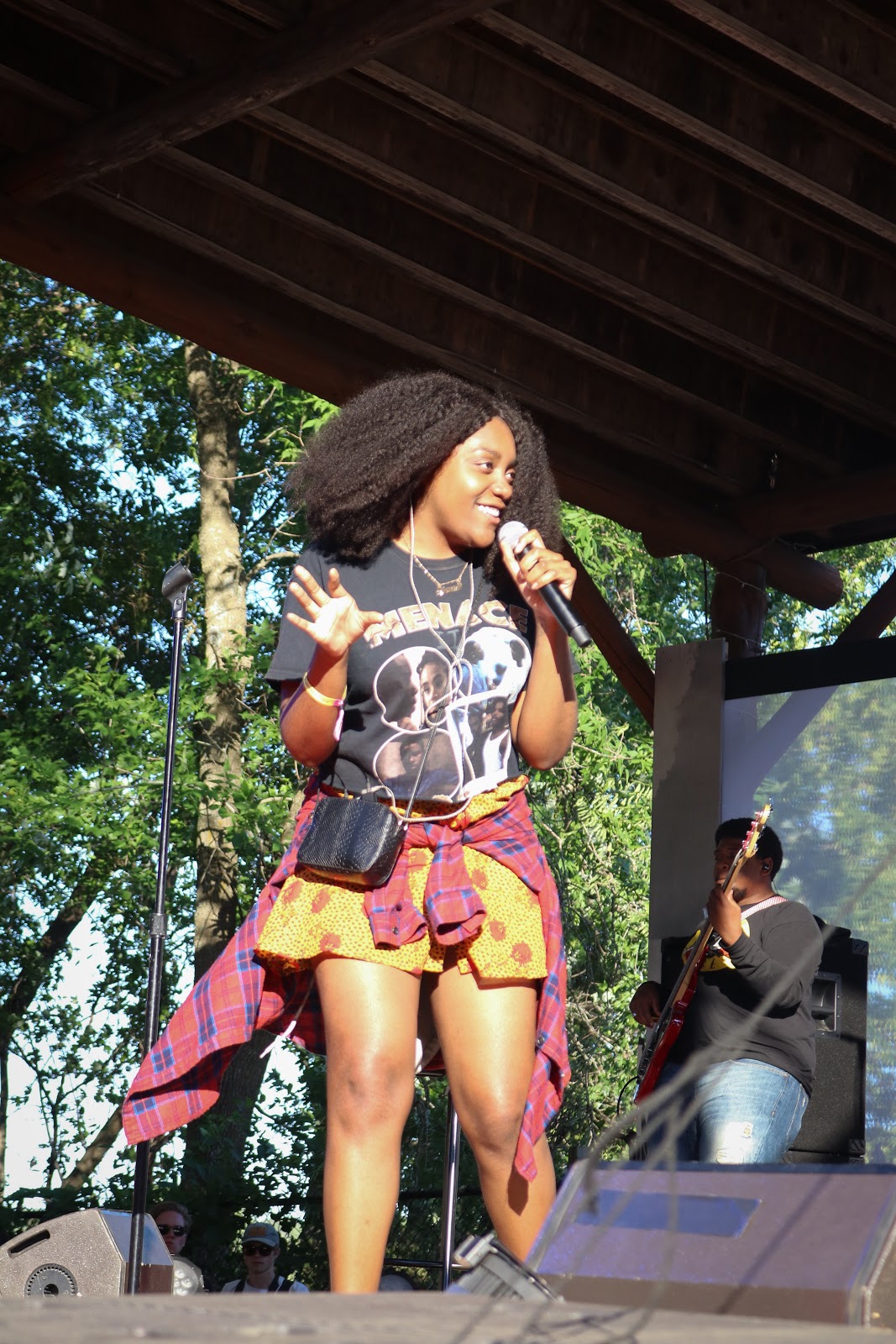 As the night went on, the sense of collaboration and unity grew. We saw Sharon Van Etten play a tribute to Richard Swift, a long time collaborator and role-model for the young singer. Up next, Pussy Riot, the Russian feminist collective gave a riotous performance full of dance and messages regarding social activism, all while wearing neon green ski masks. Then one of the headlining acts, The National, were joined on-stage by Phoebe Bridgers, Chastity Brown, Gordi, Andrew Broder, and Sharon Van Etten at various points throughout their 1.5 hour performance. 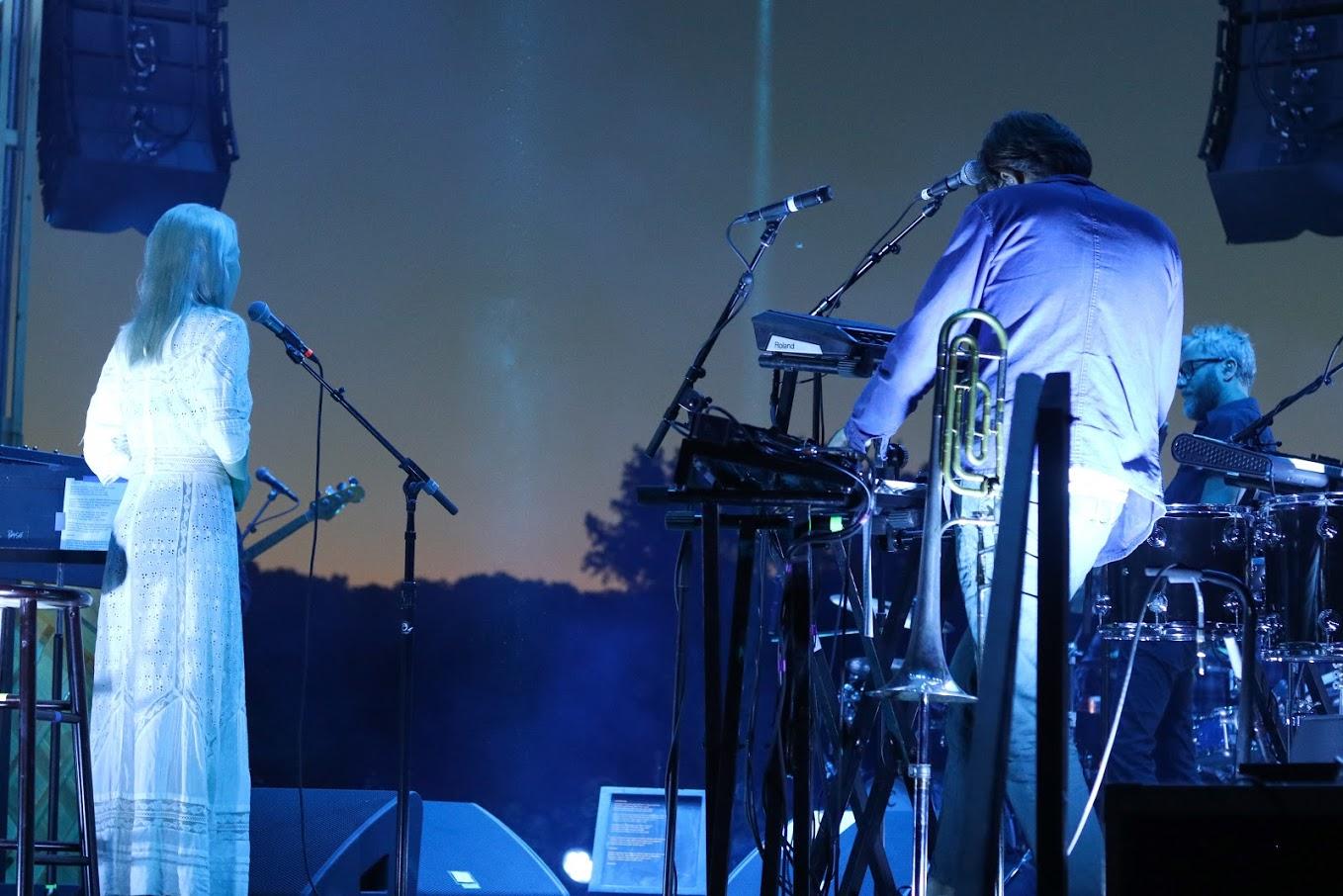 The festival’s vision of alliance and working together came to its peak during the final set of the evening, PEOPLE collective. Justin Vernon presented people as a fabric of collectively made art woven together by spoken  word, dance, and short musical sets from most of the artist who played during the festival. Some psymun, francis, phoebe, velvet negroni, moses, s carey, sharon van etten many more. One of the most defining parts of this performance was the Micheal Perry’s opening spoken word performance, rich with language about midwestern fortitude, harmonious existence, and the power of art in trying times.

As far as we know, no other festival in the nation emphasizes creating together in fresh and touching unions the way Eaux Claires does. While some of these pairings were planned, many more hatched within the festival grounds as artists watched each other and in an incredibly organic fashion, arranged some from of collaboration for their upcoming set. It was those serendipitous collaborations that added a distinctive air of magic and mystery to this pocket of woods in Wisconsin.