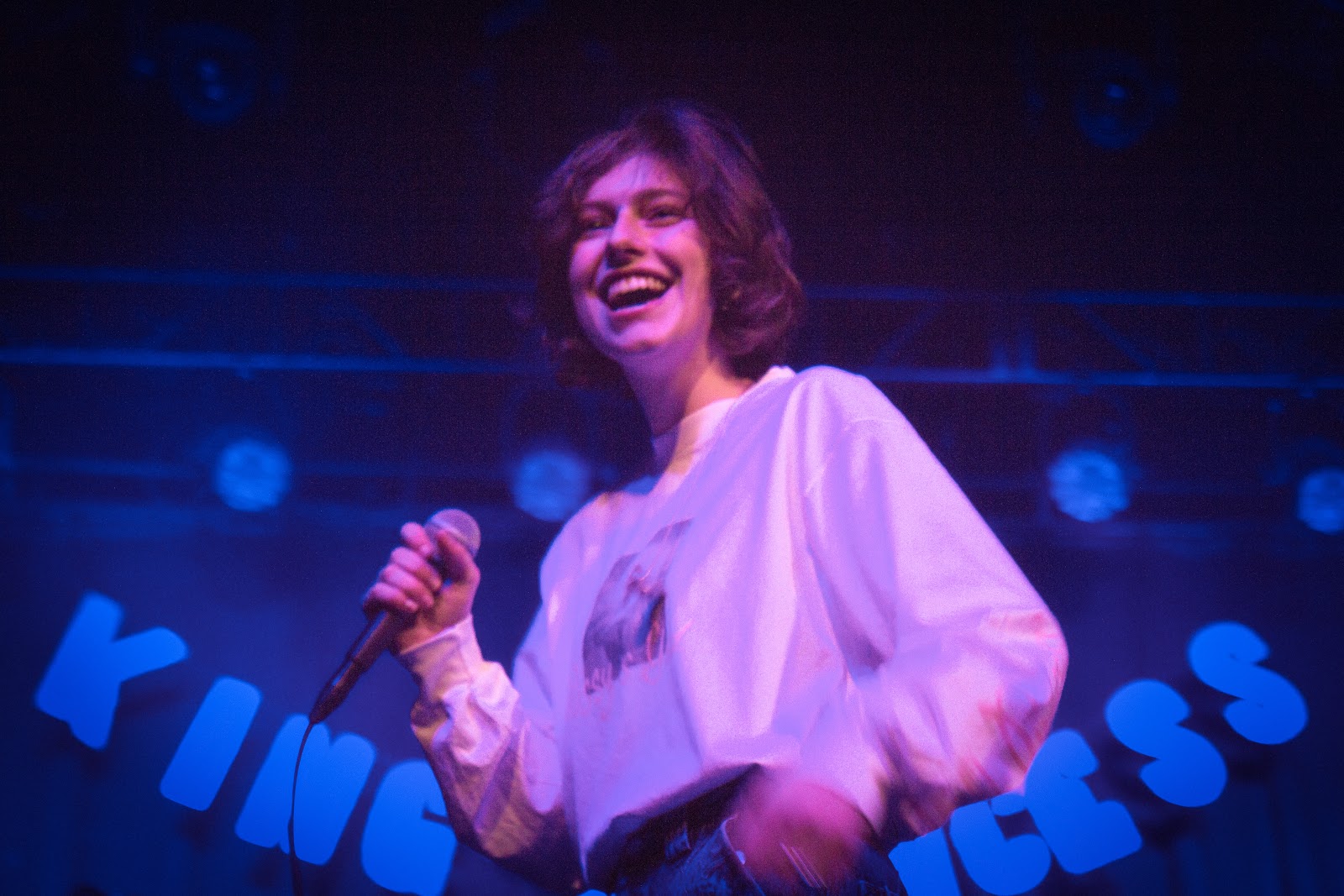 Last night was the kick-off to King Princess’ Pussy is God tour and only she is iconic enough to put on the show that she did. Taking place at First Ave with openers Banoffee, an Australian based singer/songwriter, and local drag queen, Nocturna Lee Mission, King Princess talked about how honored she was to be performing on a stage where so many talented artists had been before her. This being her 4th tour since she started releasing music just last year, she has grown immensely and drawn a huge crowd. This tour sold out immediately weeks before it even began.

The place was packed with kids and adults of all ages, a large portion being apart of the LGBTQ community because of her great music and representation that she gives to this group. She talked about how 10 years ago she rarely saw openly gay women up on stage performing and how happy she is to be bringing this to the front of the music scene. Absolutely in love with her fan base, she hyped up the crowd equally as much as we were cheering her on.

Only having released 1 EP and a few singles, she played that along with basically the entirety of her upcoming album. She hasn’t given out a release date for the album yet, but she was quite excited to be playing her unreleased music for us. Giving herself a bit of a new sound, it seems she is going in the direction of glam rock, steering a bit away from the poppy sound of her EP Make My Bed. Her performance of her upcoming music had such expressive vocals that definitely showed off her very talented singing abilities.

She performed extensions of her songs like 1950 and Talia, turning those 3-minute songs easily into 7-minute songs. She also played a bit with the sound of her currently music so the crowd could sing along while keeping us all on our toes. Surprisingly, with the amount of new music to current music ratio, the crowd still had such high energy for being at a concert in which they only knew a few songs. It was cool because everyone was in the same place in which we were there to experience something we enjoyed but also something new.

The show was finished off with 2 encores, both unreleased songs. They were both slower songs and brought the mood down but in the best way. It was like being rocked to sleep and tucked into bed by your mother after a long day, and honestly a wonderful way to end the show. The crowd was calm after and left a lot speechless. It should be very exciting to see what King Princess brings to the next shows and for the rest of her tour and I guess we will have to keep an eye out for her upcoming album because it will be a good one for sure!

RCP Special Edition: The Vault Dump Episode
In this extra special episode of Real College Podcast we open the K-vault doors wide and finally let all of the vault stories out to play, in the first ever full length RCP vault dump! Why draft?-Luke Diamond-1:30 Christine Mollin profile-Babs Santos-7:55 Go Vintage-Megan Germundson-13:00 What is the scariest thing?- Courtenay Parker -19:22 Gopher Athlete Throwback-Emma Bublitz-20:27 Who said it was a cult?-Megan Germundson-26:03