The Vanguard, part of RadioK, sponsored the papa mybe show at 7th Street Entry, which is the smallest venue I’ve ever been to, with a capacity of only 250 people. No matter where you stand you have a fantastic view. I had no clue what to expect when I went to the papa show. I’ve heard his music before but I would have called him a punk rock/hip-hop artist, but he’s a lot more than that. When I arrived there, there was a small crowd, and people that were too shy to even get close to the stage when DJ Backwood was playing his set. DJ Backwood still played some classics and mixed in some new hip-hop to hype the crowd up. By the time Huhroon came out, the place was packed. 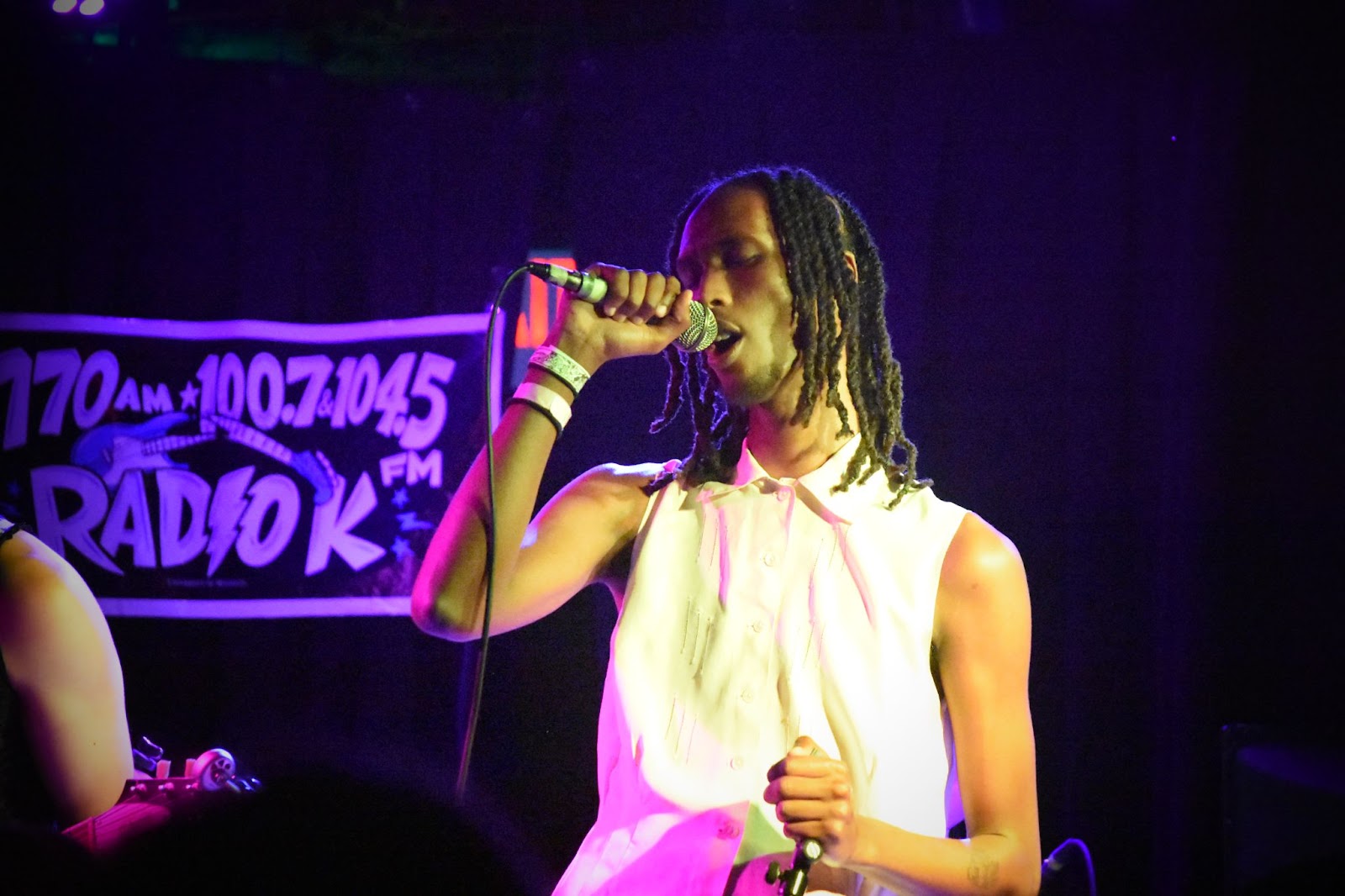 In Huhroon’s band, he had a keyboard, guitarist, drummer, and bassist. Huhroon sang his heart out and with autotune, and he almost reminded me of Playboi Carti mixed with the new (rock) Landon Cube. His sound made me feel like I was in the clouds, mixed with late 90s power cords, and he had the crowd moshing by the end of his set. The Second artist was FruitPunchLoverBoy, who sang with and without autotune. 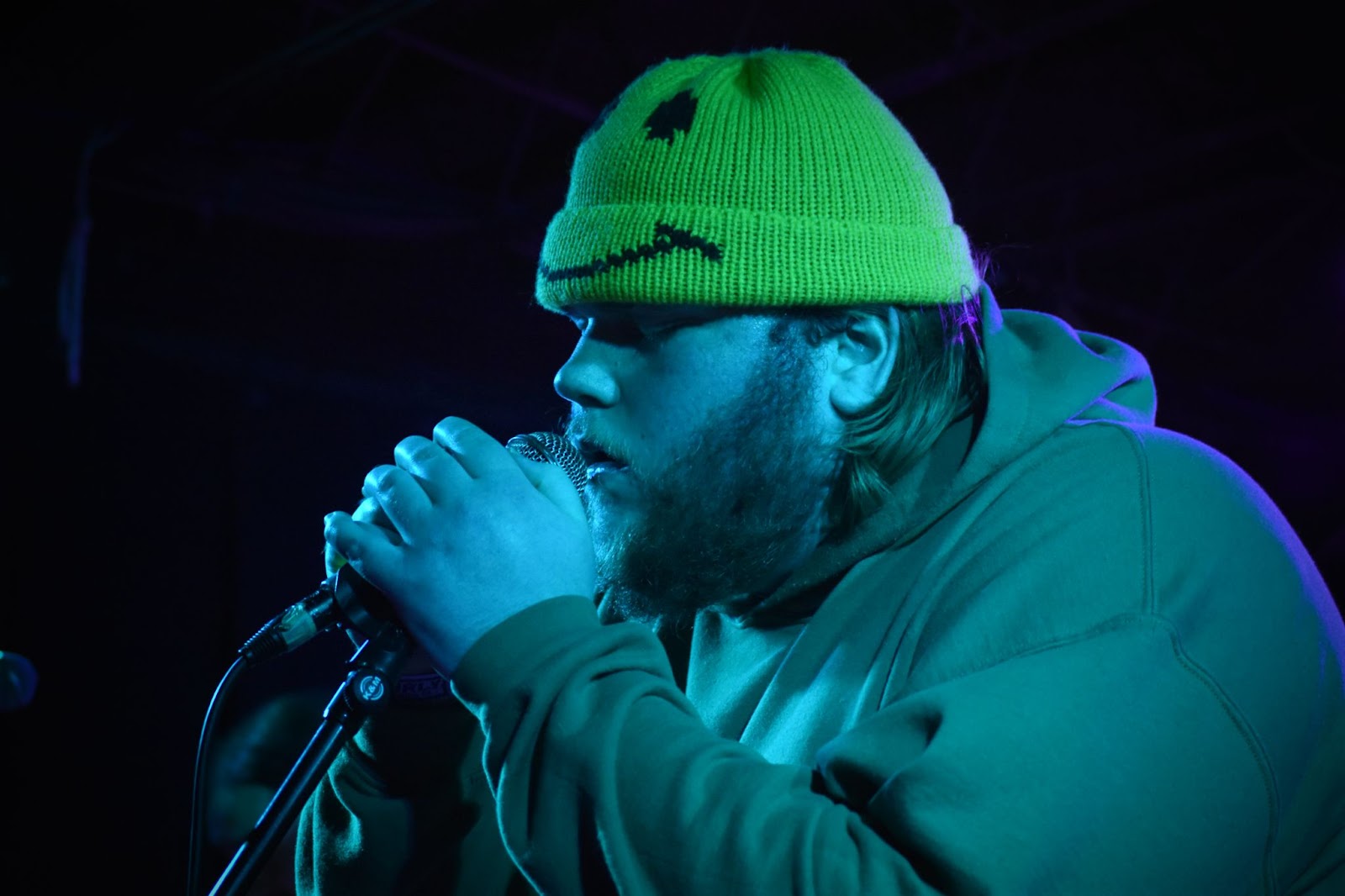 The band added a Trumpet, and she killed it on the solos. His voice mixed with the instrumentals created a completely new vibe. FruitPunch sang on slow, jazzy, pop songs, and he had a soft, calming voice almost like Khalid. He ended his set by singing a country song, with autotune, with one of the guitarists and papa, which I found hilarious. For the main event, papa mbye performed, and you could feel his energy even just being around him. 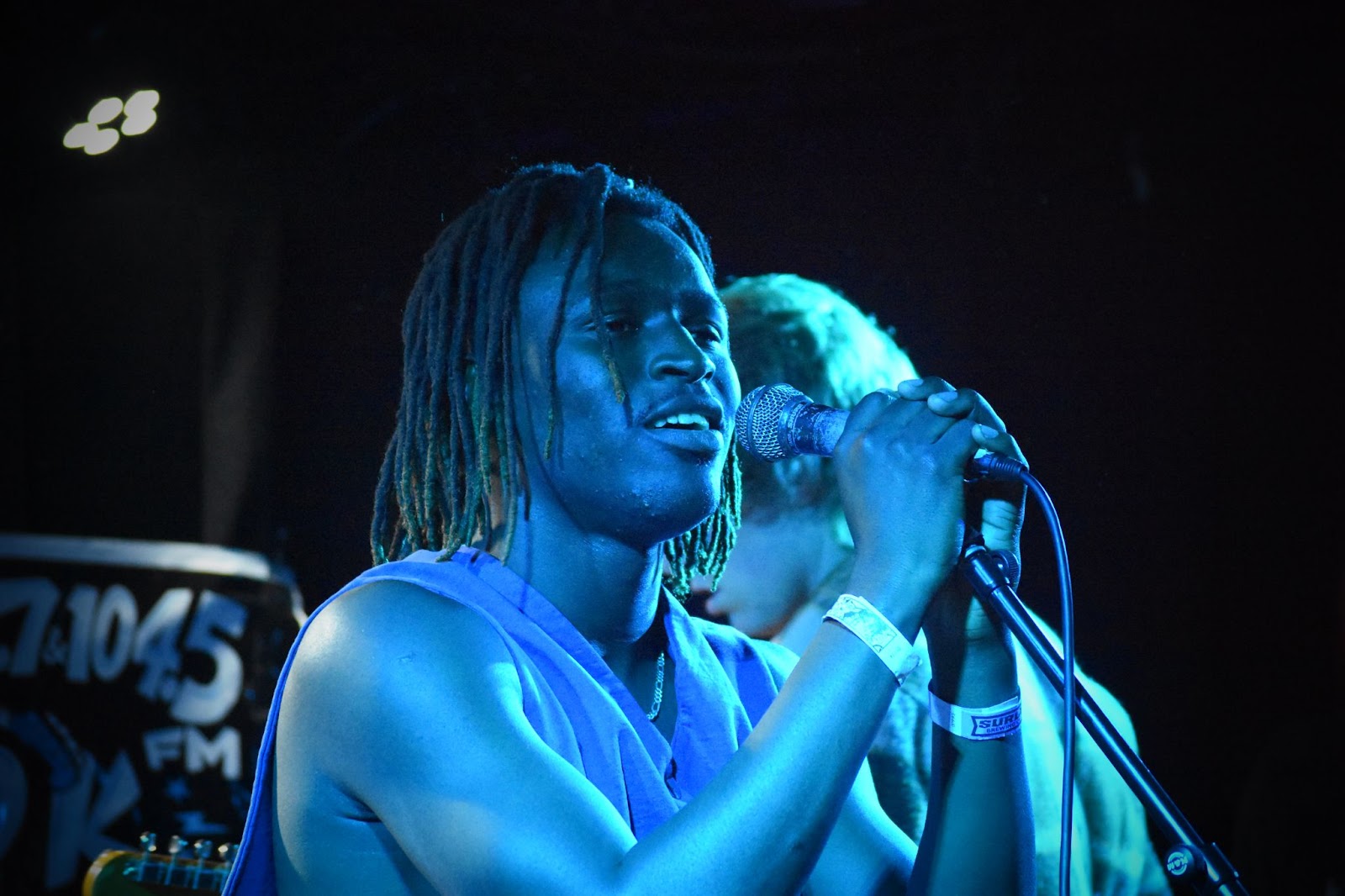 The whole time he was jumping around, banging his head with his deads going crazy, and he had the crowd jumping or moshing almost every song. He sang sad slow songs that made you think about a girl, he sang jazzy, pop songs, then he screamed like a hard rock artist, all with different effects with his autotune.

The crowd had no clue what to expect for the next song. The band made another change, by taking away the trumpet and adding a guitar and bongos. I loved how the band kept changing because it created a different feeling for each artist’s music, and we could see how versatile the artists and band are. Papa ended his set with his hit song “ONLY RIGHT.” Then the crowd chanted, “One more song!” so he came back out and performed one last song with another artist. 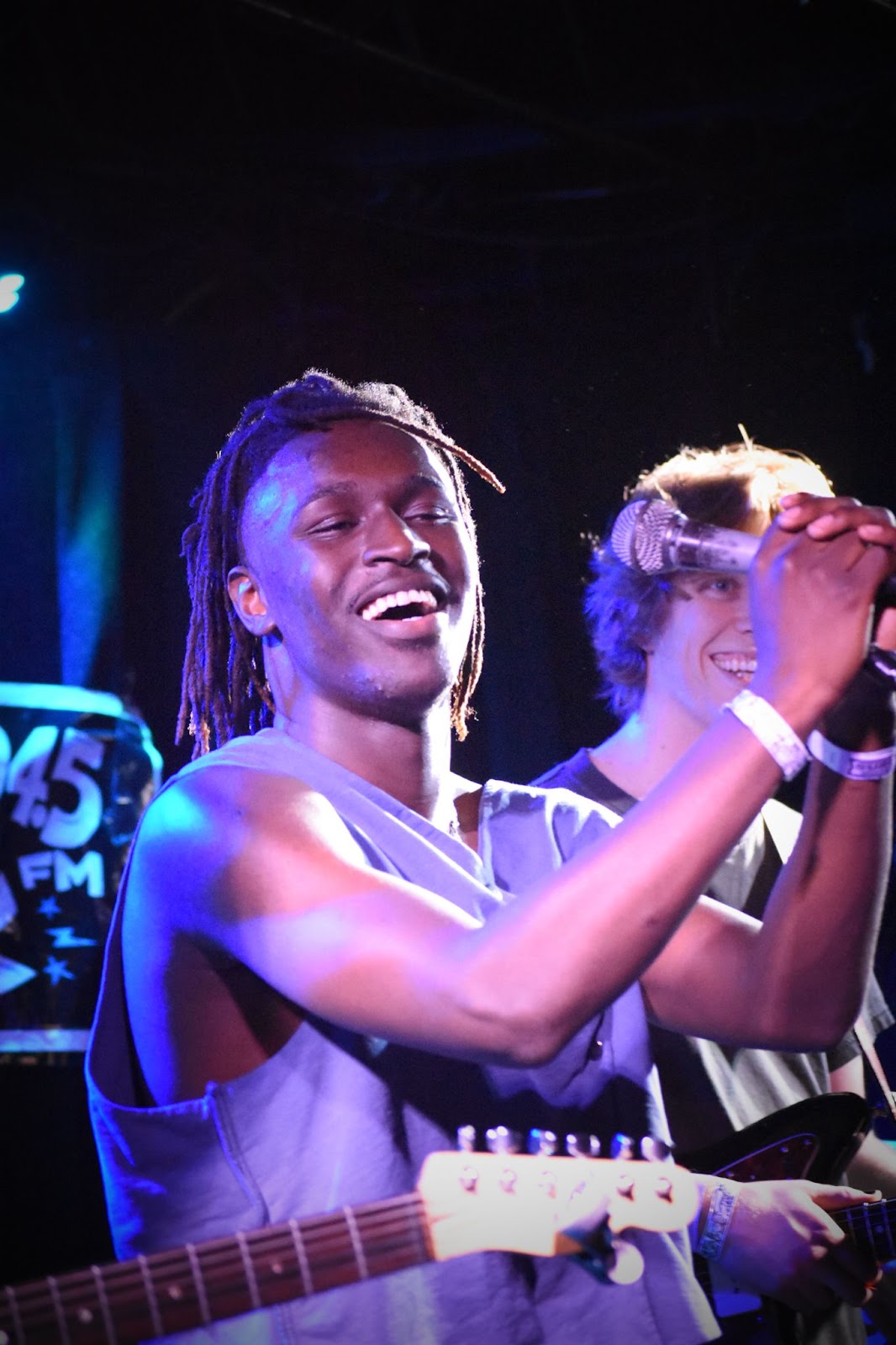 This was my favorite part of the concert because he had the whole crowd going crazy, and the two artists jumped around with so much energy, and they crowd surfed together to end the show. It couldn’t have been a better ending to the concert. In the end, I went to a concert that played hip-hop, hard rock, soft rock, and even country. This made the concert really interesting and I am glad I was able to experience all of the different artists. I really thought they all did an amazing job performing, and I would definitely go and see all of the artists perform again!