Radio K returned to Pitchfork this year for a lineup full of our favorite 2018 artists of alongside indie music legends.

Day one brought rain showers and moody clouds which set the stage well for many of the equally moody performances. The lineup featured a variety of performers but the consistent theme seemed to be emotionally impactful singer-songwriter sets. Spread between three stages in Union Park, the festival held its 20,000 attendants with ease, rarely seeming too crowded for determined fans to clearly see their favorites.

Upon arrival, we saw Lucy Dacus perform a drizzly set to a crowd larger than most artists would draw at 2:30pm. Each song she played would build and build until every eye in the crowd was focused on her, awaiting the release. The peak of this feeling occurred during her last song, Night Shift. 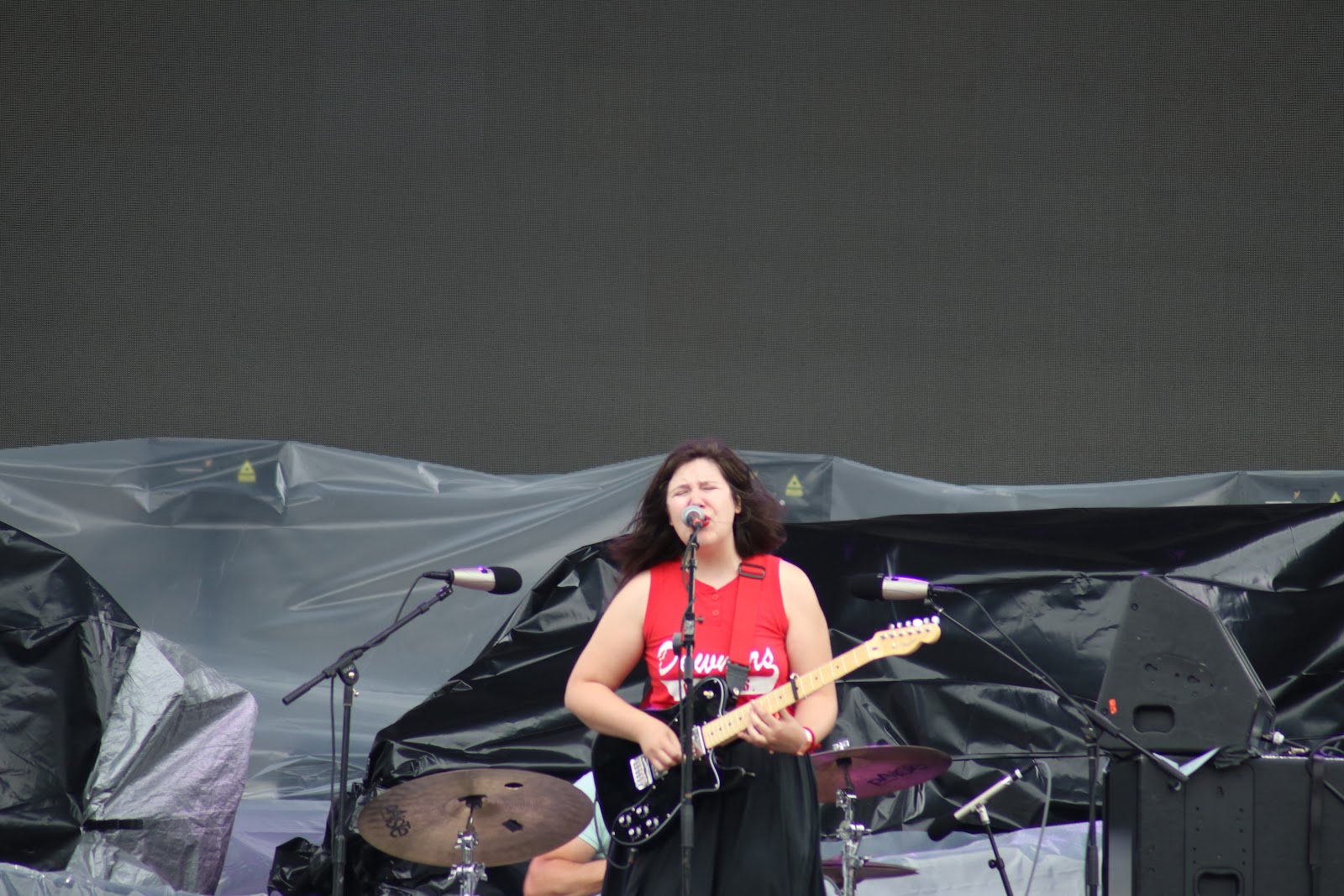 We caught a few songs from Julie Bryne, who entranced all who passed with a seated acoustic set. Bryne is currently on tour with Vagabon, who played the festival last year and has scheduled aftershows in Chicago this weekend.

After a softer, more melancholy start to the day, rapper Tierra Whack delivered a breath of energy to her midday crowd. She admitted to being nervous about her chicago debut and the biggest crowd she’s ever played for, but that nervousness was not evident in the slightest. 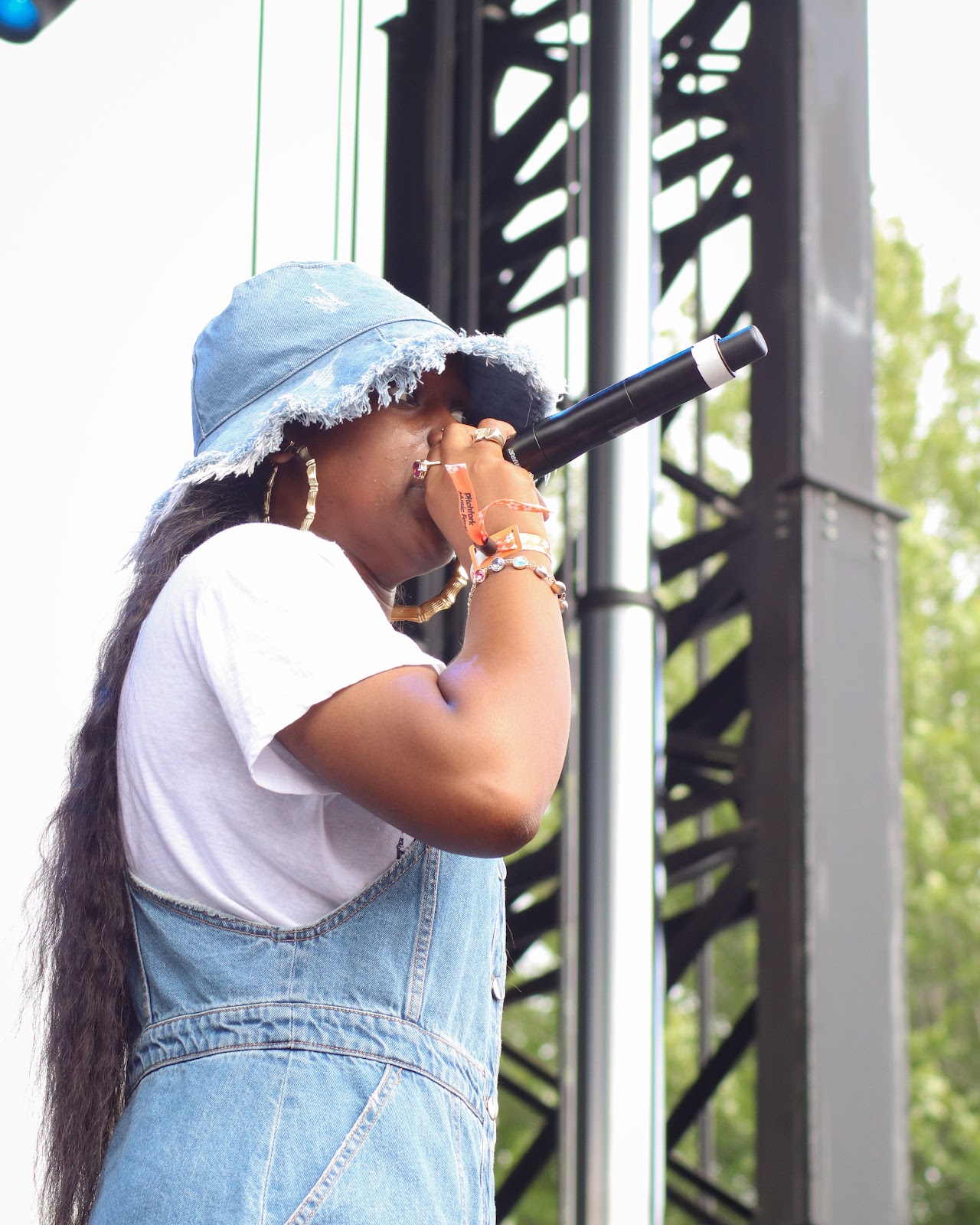 Winds and dark storms rolled in as Big Thief took the stage. They played a set that reached far deeper emotionally than anyone else that Friday. Joined by their guitarist, Buck Meek, Big Thief delivered a set full of crooning vocals complimented by poetic lyrics and propelling guitar parts. 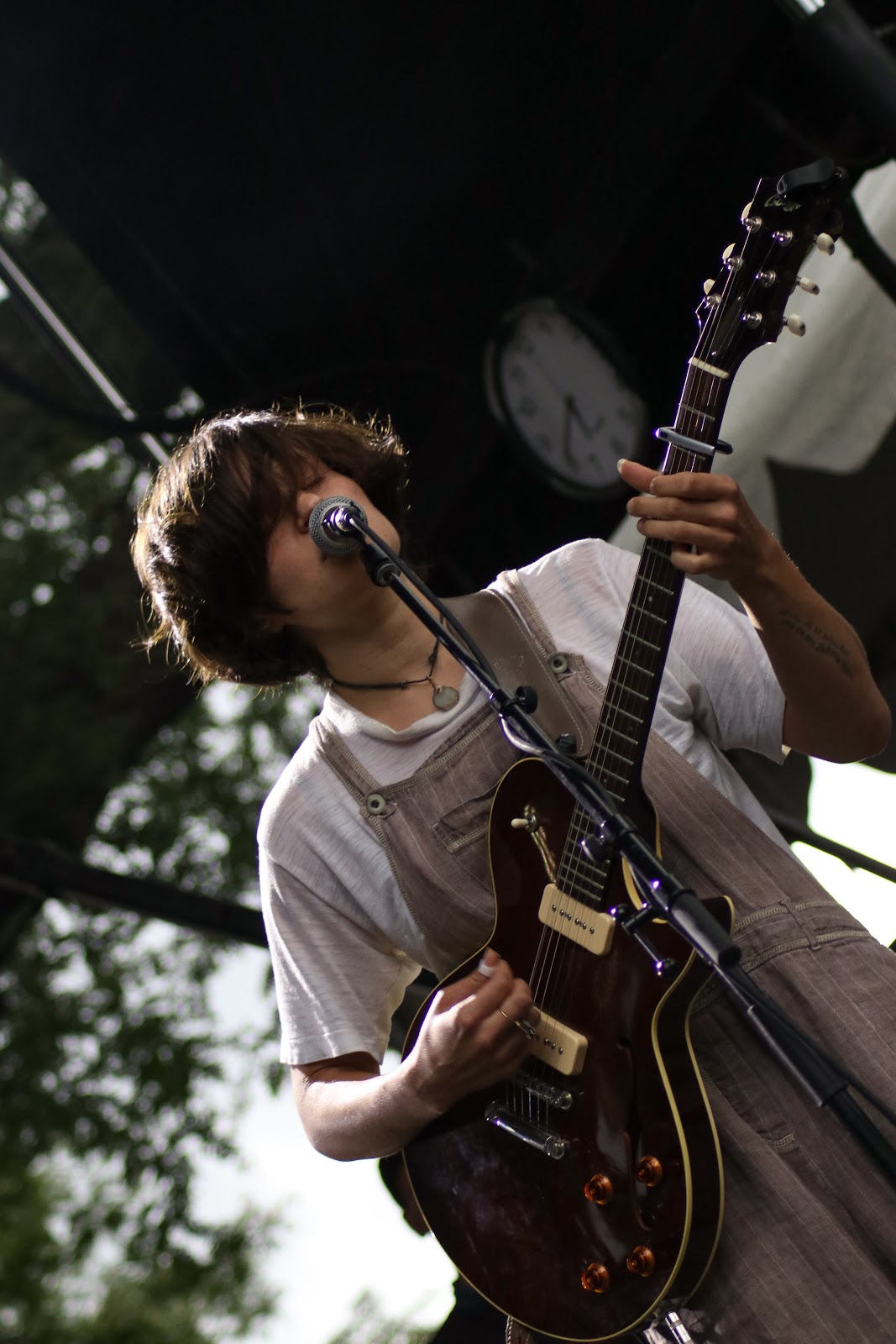 Later on, the Red Stage featured music from opposite sides of the world. The Chicago born rapper Saba and Aussie singer/rocker Courtney Barnett both had very engaging and fun sets. Saba has a reputation in the Chicago rap scene for his collaborations with Chance the Rapper. And much like Chance, Saba is able to capture the hearts of Chicagoans and visitors alike. He was super energetic, but between songs his banter betrayed a charming sentimentality about performing for such a huge crowd in his hometown. His powerful fast driving verses combined with his humility and great showmanship made for a great show.

Courtney Barnett gave a performance that was equal parts emotional, whimsical, and rock sensible. Her new album, Tell Me How You Really Feel, sounded phenomenal live. Her diirect yet vulnerable vocals on “Charity” were a certainly highlight of this reviewer’s night. Her setlist ranged from the old to the new and from sentimental to furious. Barnett packed a whole lot of fun into her set and the audience was eager to listen. 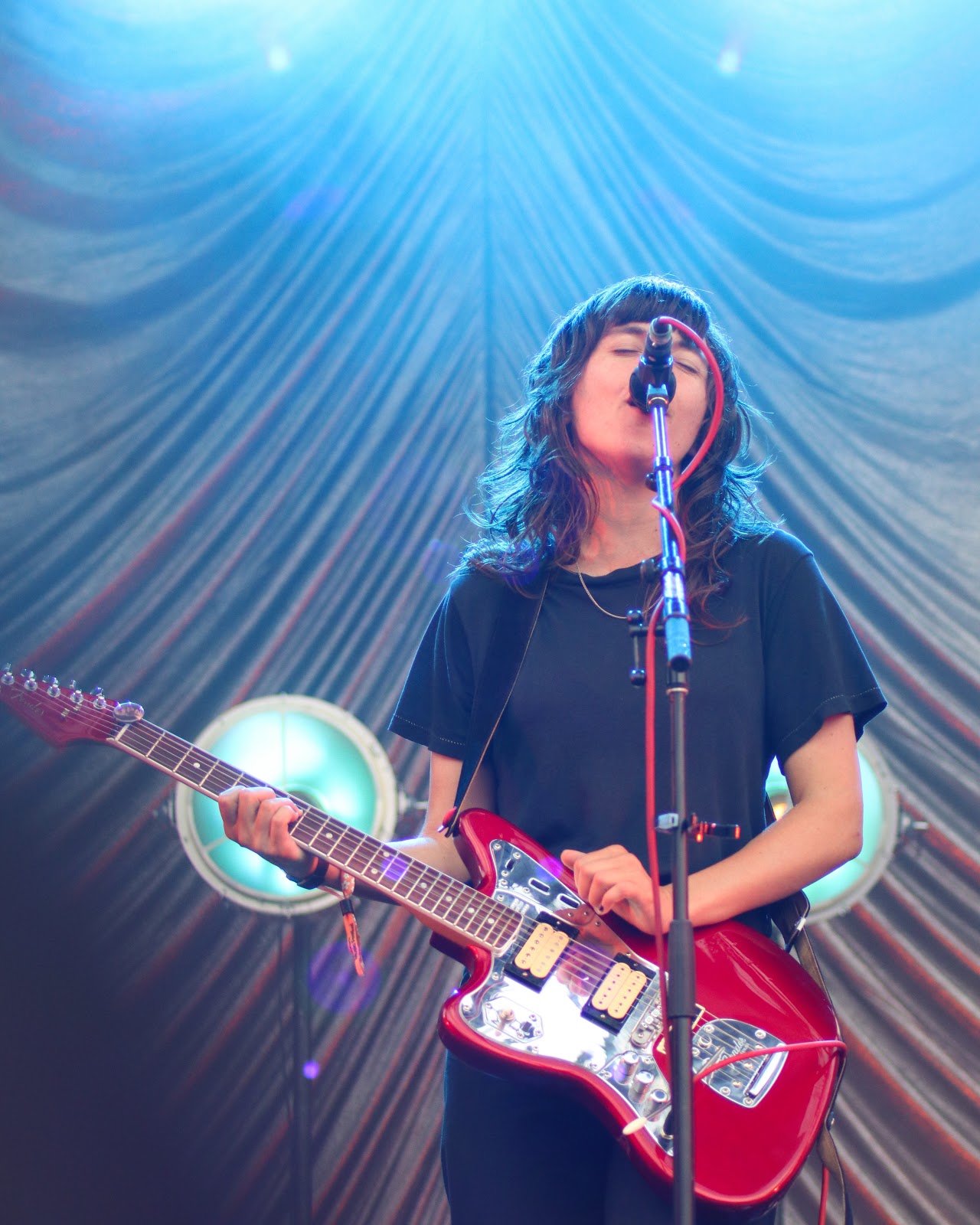 The night ended with a set from Tame Impala that had the entire festival revisiting their personal memories associated with albums like Lonerism and Currents. 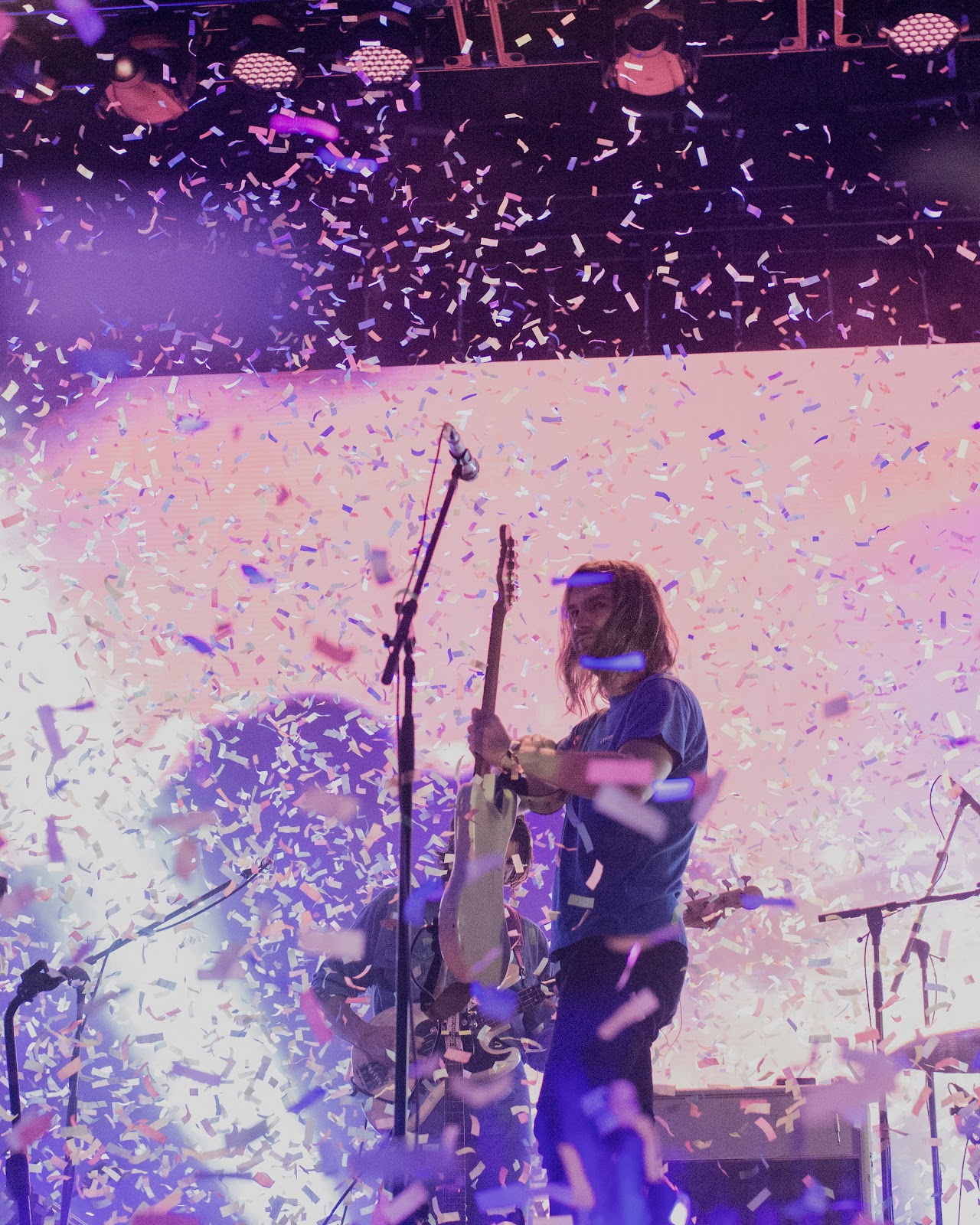 Check back for updates on Radio K’s Pitchfork coverage tomorrow and check out more day one coverage done by our podcast expert, Nathan Fervoy, here: https://soundcloud.com/radiok770/pitchforkday1