As a huge Smashing Pumpkins fan, I saw them on the lineup for Riot Fest months ago and knew I had to be there. I had never seen them and this seemed like my oppurtunity. As I looked further into the lineup I saw more favorites like Alex G and Joyce Manor as well as some middle school classics like 30H!3 and Knuckle Puck. As it wasn’t a usual festival that Radio K covers, I was hoping to be able to swing a press pass for this!

I found out just days before the festival, and set out alone on my way to Chicago. Mojo Jojo takes on Riot Fest.

On Friday, I was able to talk with Eyedress before his set. Eyedress has been a Radio K staple since I started, with their album “Sensitive G” coming out my freshman year. I remember playing Eyedress songs like “Stay Calm” or “Window Eyes” off the hit list at Radio K. This past year I have been really loving his album “Let’s Skip To The Wedding”. I would consider myself a hopeless romantic, and this album was very clearly made for us. With songs like “Kiss Me Like It’s The First Time” and “Anything For You”. I listened to this album a lot during quarantine and was excited to get the chance to talk to him about his inspiration for it.

Before the interview, Eyedress walked into the press tent with his wife and son in hand, very fitting. He talked a lot about how his love for his wife inspired a lot of the album. He said he doesn’t really write his songs in advance, it’s all about encapsulating a feeling he has at that time and recording it right then while he is in the feeling. During our interview his son came over and “interrupted” with his cuteness. 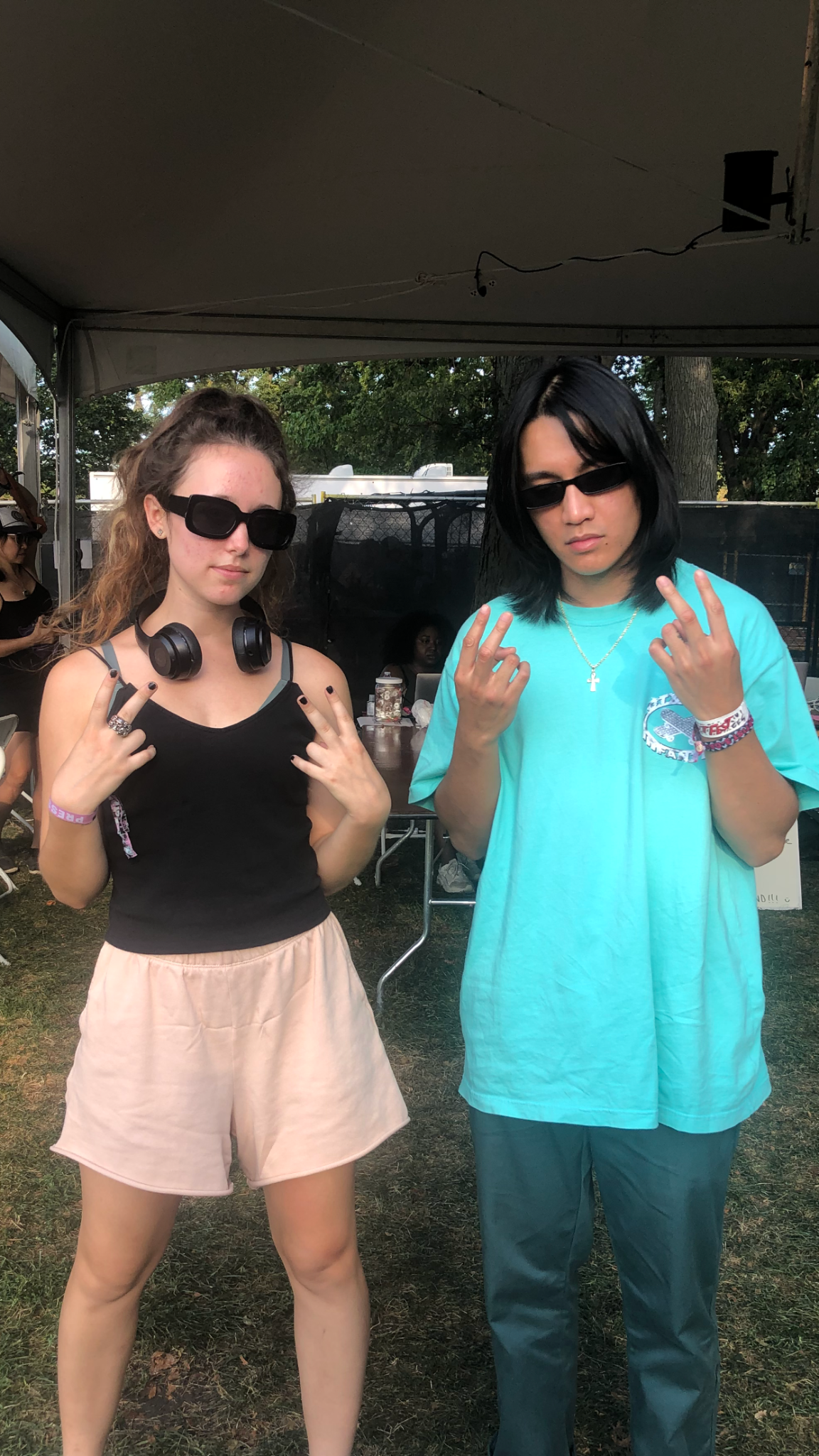 The next highlight was of course, The Smashing Pumpkins. I got ready to take photos and met another photographer who actually lives on the same block as Billy Corgan. She said she sees him out on a walk all the time, which I thought was funny because I can’t picture Billy Corgan out in the real world. It was even crazier to see him up close, it’s like yeah, that’s really him. He did kind of look like a vampire with his long black embroidered cloak and a red heart on his face, fitting you know because of the line “The world is a vampire…” 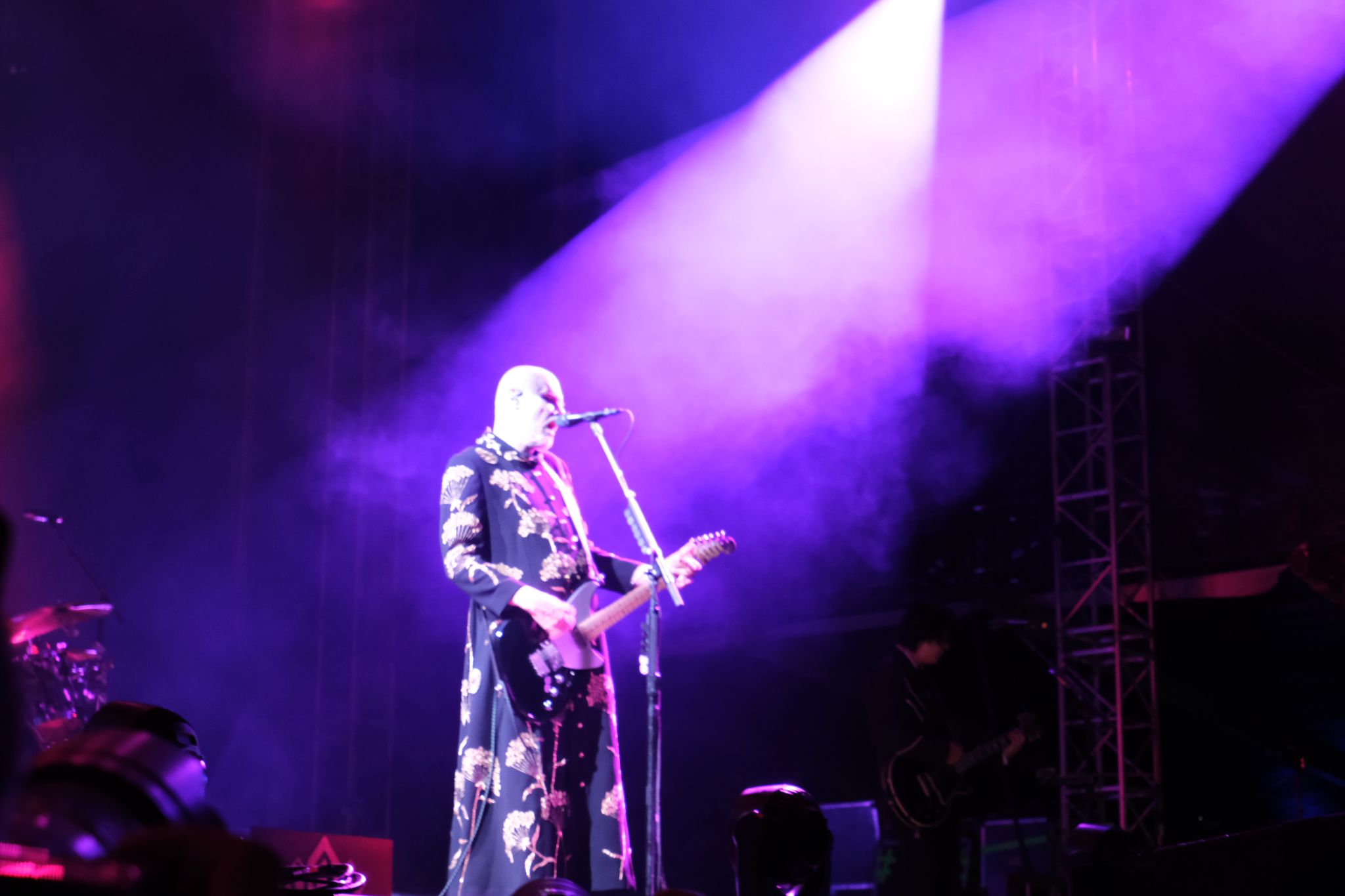 You could see the excitement in everyone’s faces in the audience. Lovers were embracing, kids were on parents ' shoulders and fans were dancing. Towards the beginning of the set they played “Drown” which was one of my first favorites when I was getting into them, I was really hoping they would play “Mayonnaise” or “Luna”, or “Spaceboy” which were my very first favorites when I got into The Smashing Pumpkins, as it all started when I got a Siamese Dream CD I found at Goodwill. 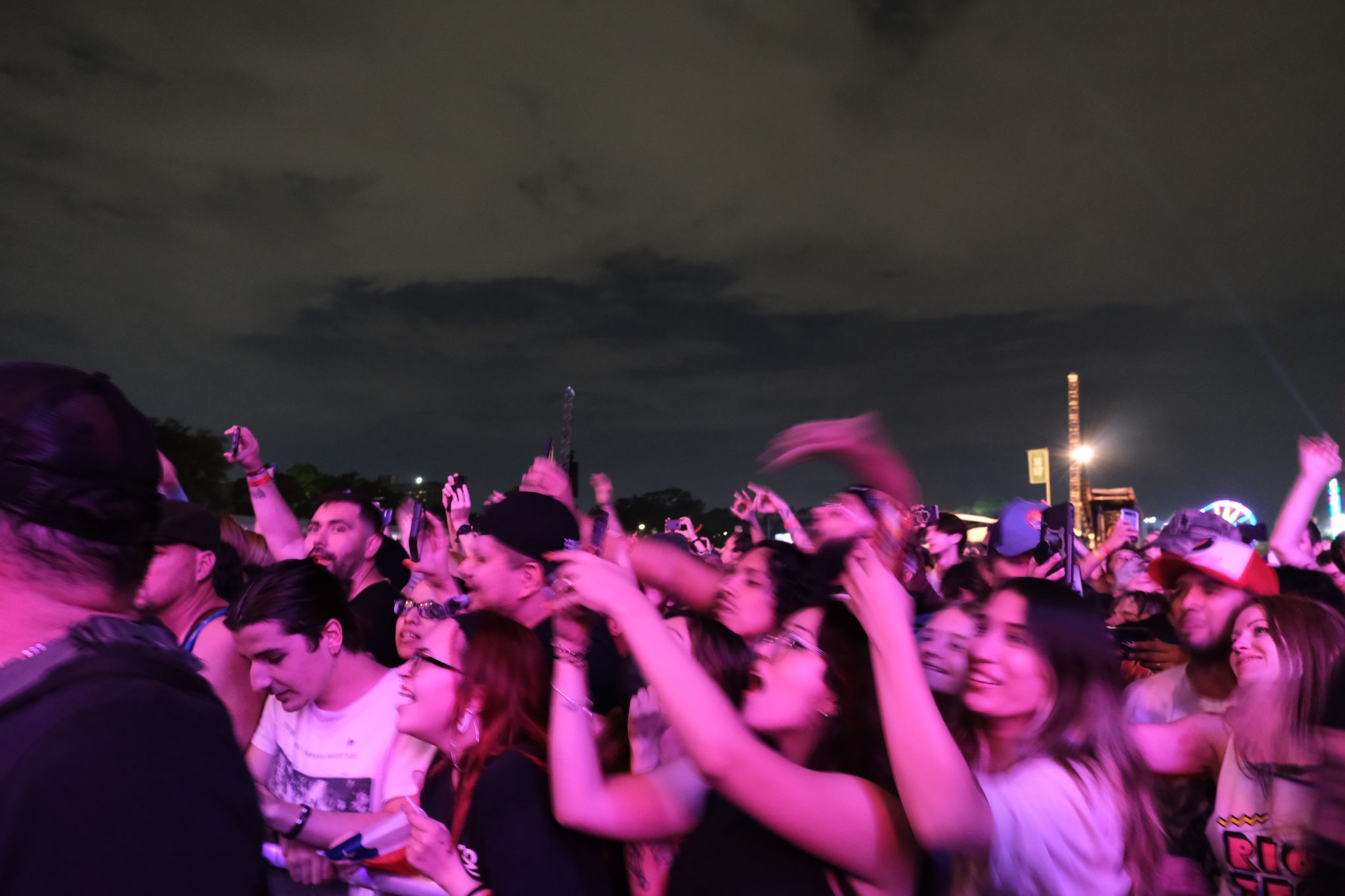 Shortly after Drown, they ended up playing “Tonight, Tonight” which was incredibly emotional for me…with the lyrics  “Time is never time at all, you can never ever leave” and “The more you change the less you feel”. Being there alone, I was able to really take in everyone around me. I thought about how we all have listened to this song individually and had our own personal attachment to it. Probably listening to memorable moments in our life and we were all having this experience of being “taken back” to all the memories we had with this song. Live music man… we’re all sharing this memory together, and everytime we hear this song it will bring us back to this moment. Man, I love listening to my favorite songs in a dusty field full of strangers, unironically. There was so much love in the air for this song, I saw so many people embracing and kissing and even a couple choreographing a routine together, under the night sky it truly was so beautiful, “Tonight, Tonight”. 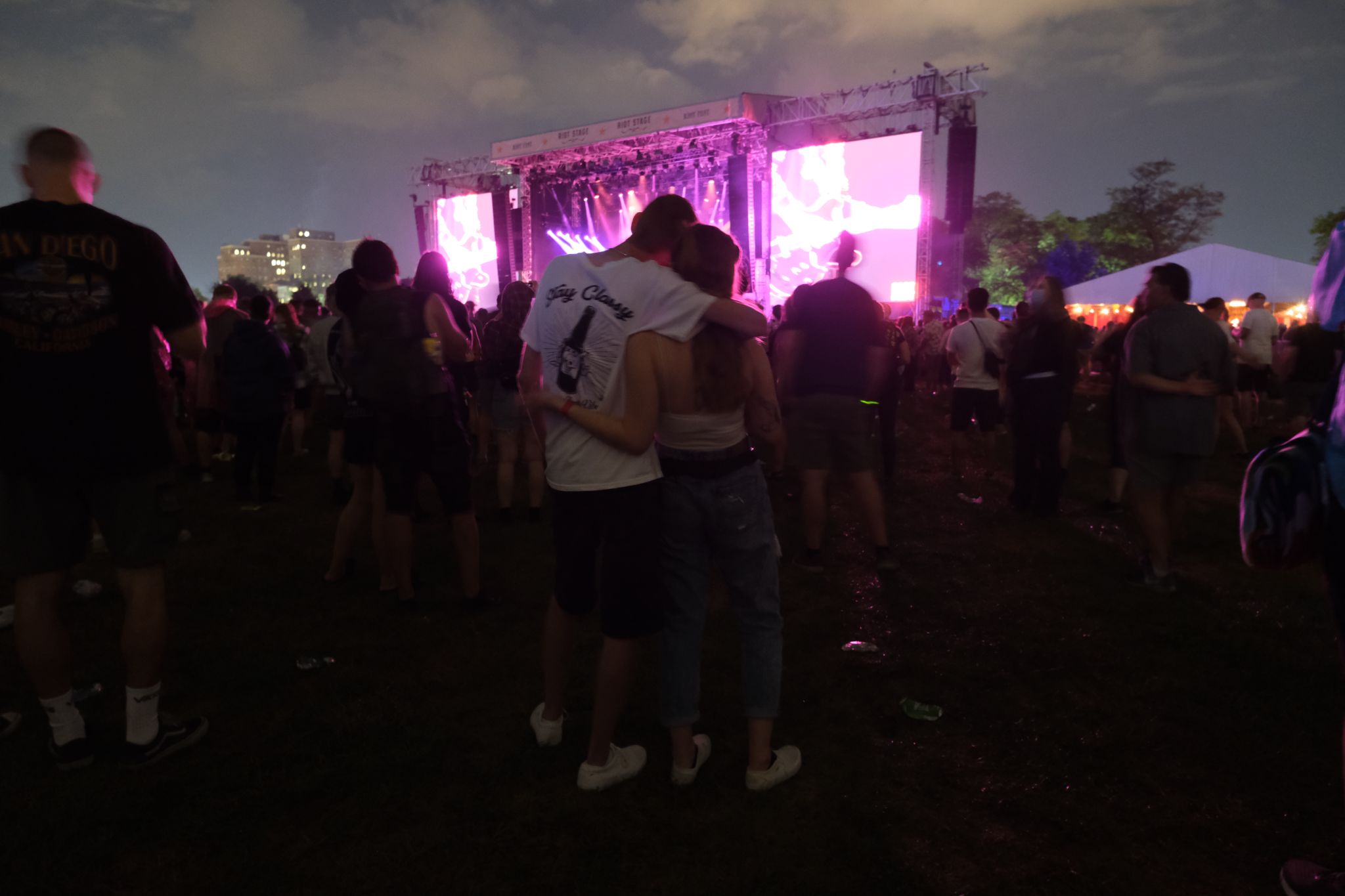 They ramped it up with “Zero” soon after. So many people were dancing around, whipping their hair and just having a good time, straight up… I was singing “She’s the one for me, she’s all I really need” and dancing so much. You could really tell the crowd was full of big fans and it was just so nice to see everyone having a good time. 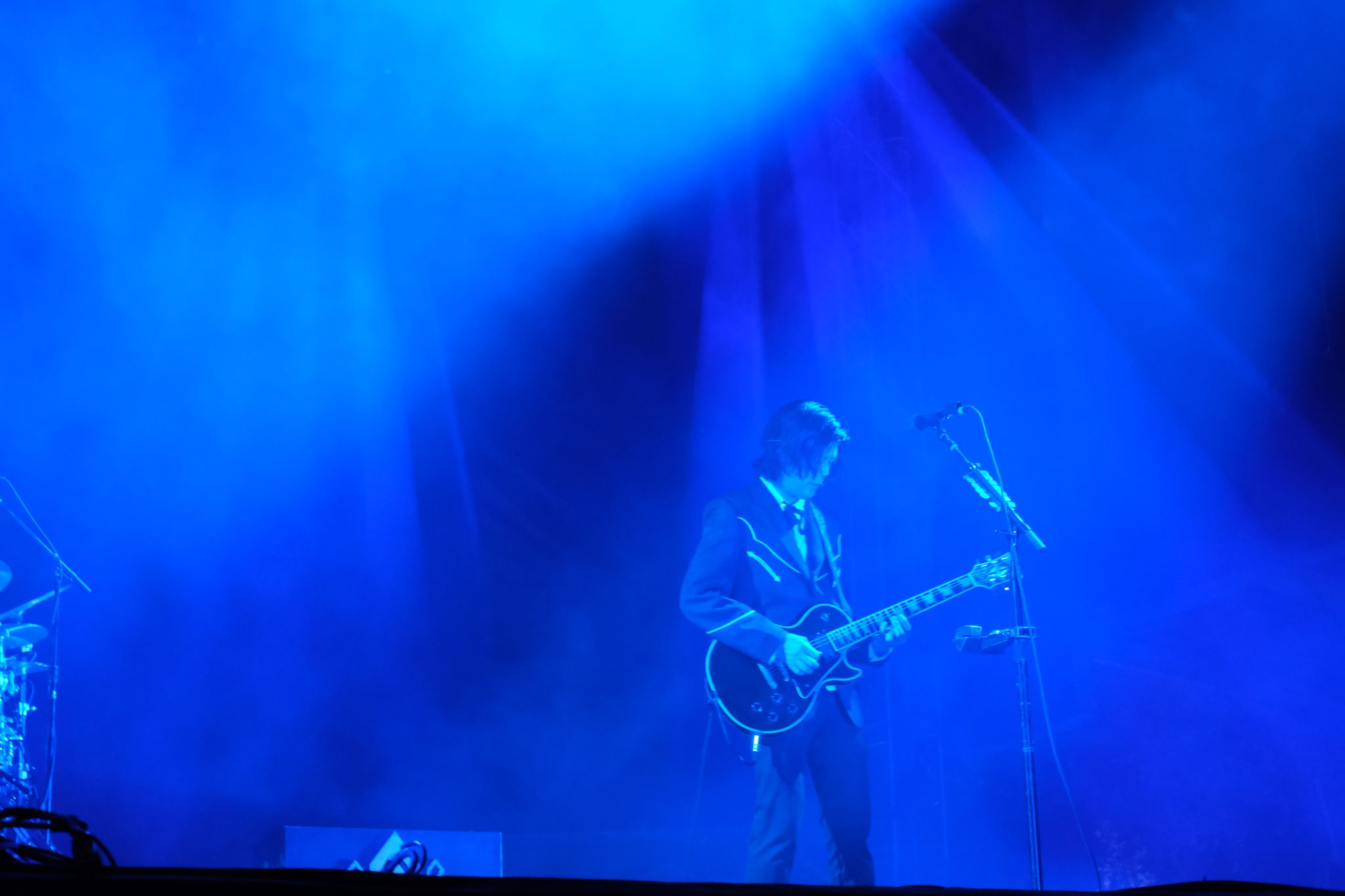 Speaking of the crowd having a good time, directly after The Smashing Pumpkins, I rushed to the Joyce Manor aftershow that was held at Bottom Lounge. I had been telling everyone I saw all weekend about how excited I was. Joyce Manor is another one of my favorite bands, I listened to songs like “Heart Tattoo” and “Eighteen” at very influential periods of my life and was so excited to finally have the chance to see them live. 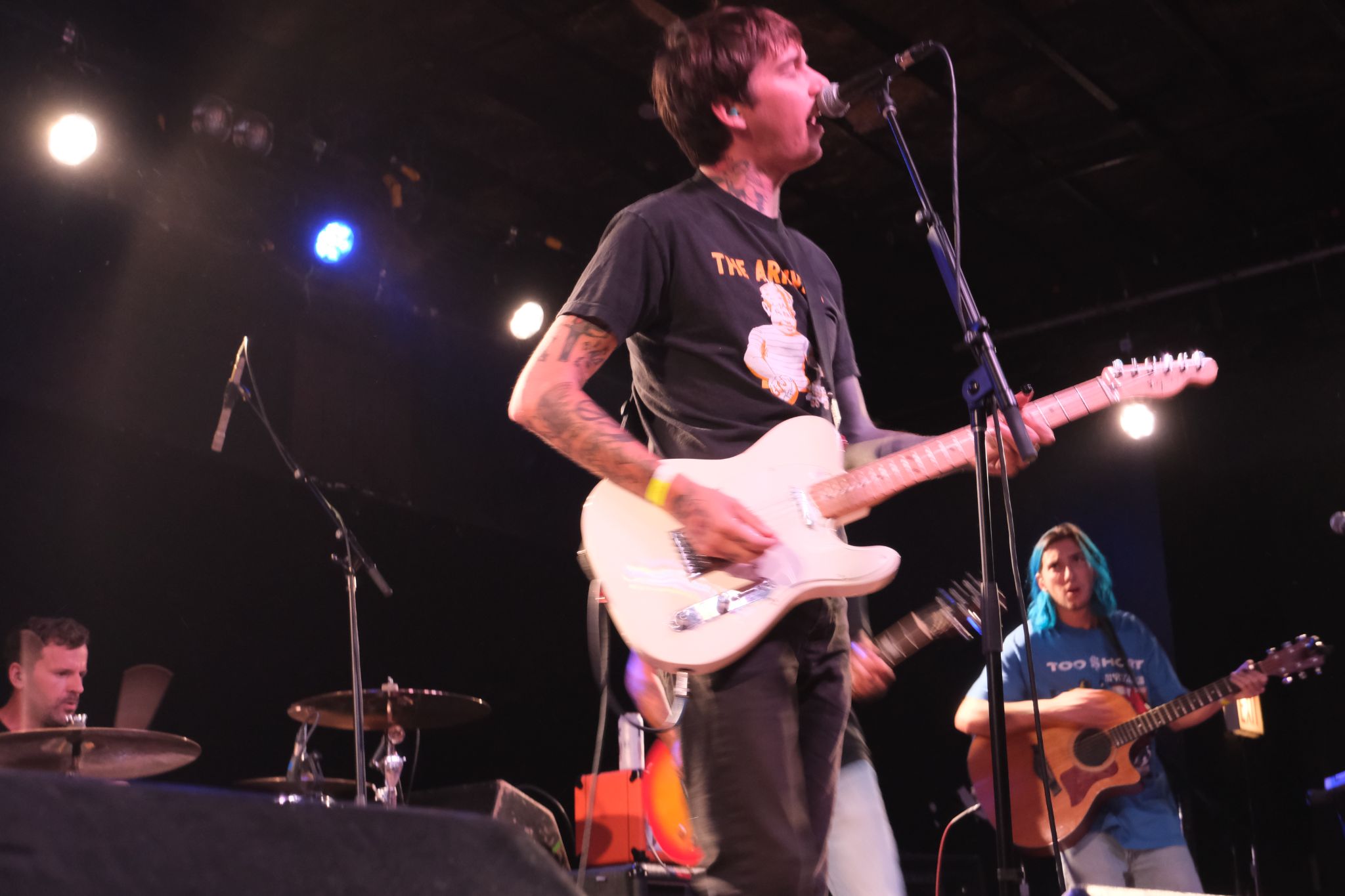 I got to have my first proper mosh back at Joyce Manor, I was taking photos of the show when they started the song “Eighteen” . I had to set my camera aside and run straight into the crowd. I can’t remember the last time I danced that much. It truly made the entire trip worth it for that two-minute song, I think I tweaked my neck from dancing so hard and singing, “I GET SO TONGUE TIED, I FEEL SO OLDDDDDDDD TODAY!” I had so much fun and it was so a great venue, it reminded me of 7th St Entry but bigger. 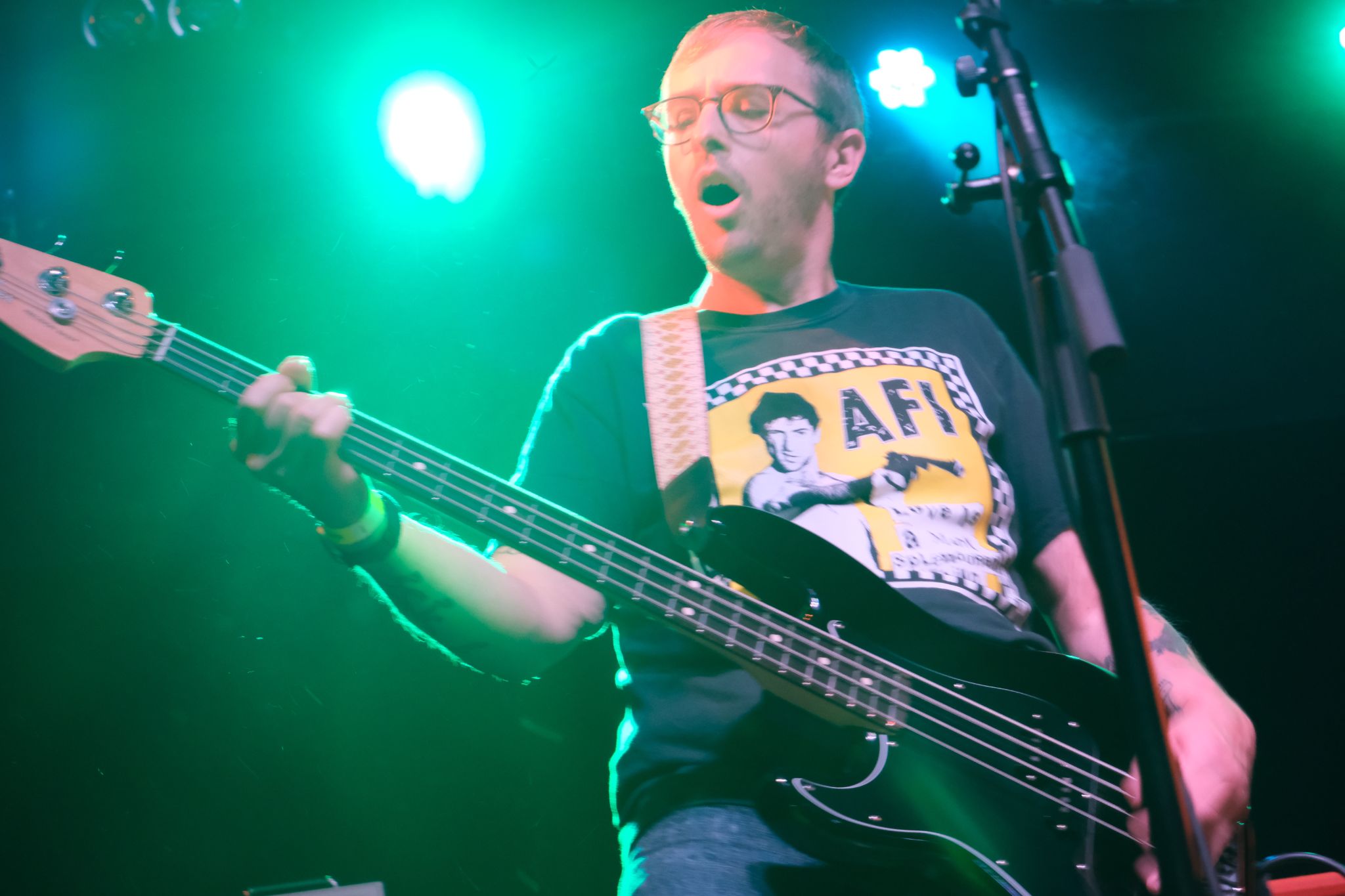 Similarly to Smashing Pumpkins, I could tell everyone there was a huge fan. People were headbanging and moshing and crowd surfing and just seemed genuinely so excited to be there which was exactly the energy I needed for my first Joyce Manor show. 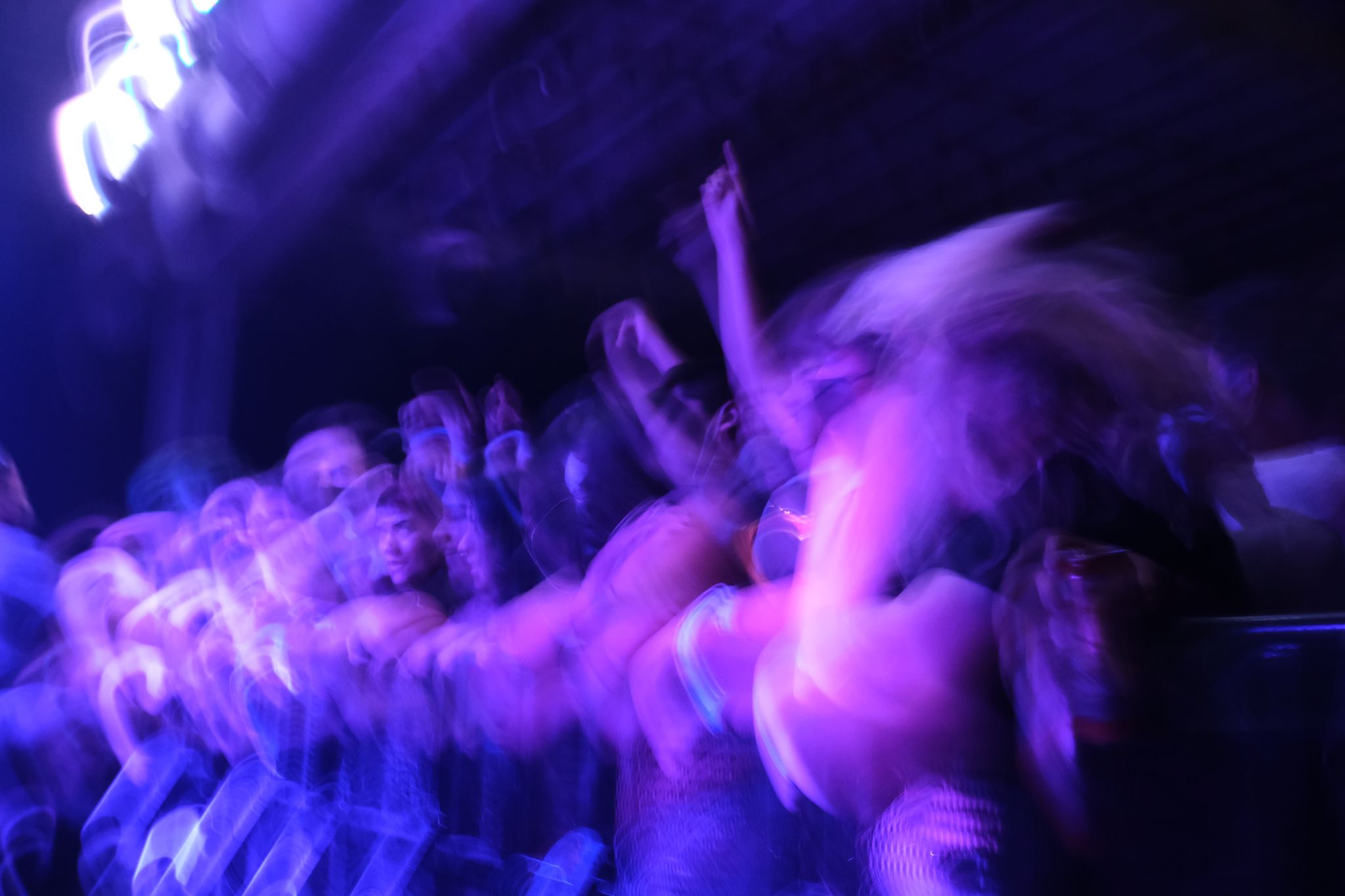 The last highlight was none other than mister Alex G, a Radio K staple. His crowd was surprisingly intimate, my thoughts on that were that 30H!3 was playing at the same time, so people had to make a choice. I did catch the song “My First Kiss” by 30H!3 which was epic because I had been listening to my Kesha CD in my car the whole drive to Chicago, and although Kesha wasn’t there, she is featured on the song. 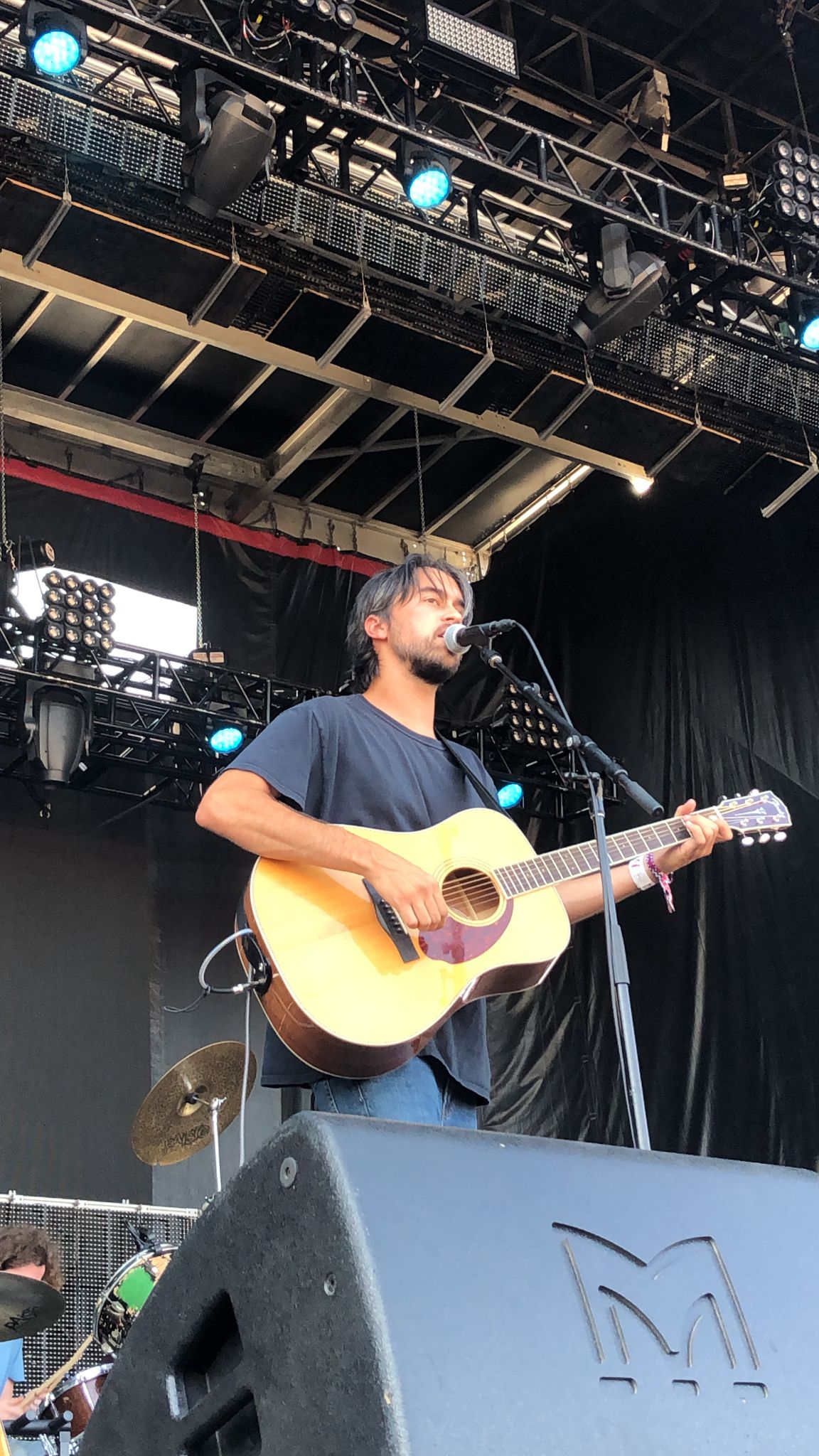 Anyways, the Alex G set. He stuck to his newer stuff, no “oldies but goodies” but I did get to hear “Hope” up close which was very beautiful. At the show I stood next to someone with full Joker face makeup, a Wish by The Cure cutoff t shirt, tripp pants and spiked boots which really elevated my listening experience.

I think the most emotional parts were definitely getting to see “Tonight, Tonight” by The Smashing Pumpkins live and “Heart Tattoo” by Joyce Manor. I love live music. Life can be so beautiful sometimes. 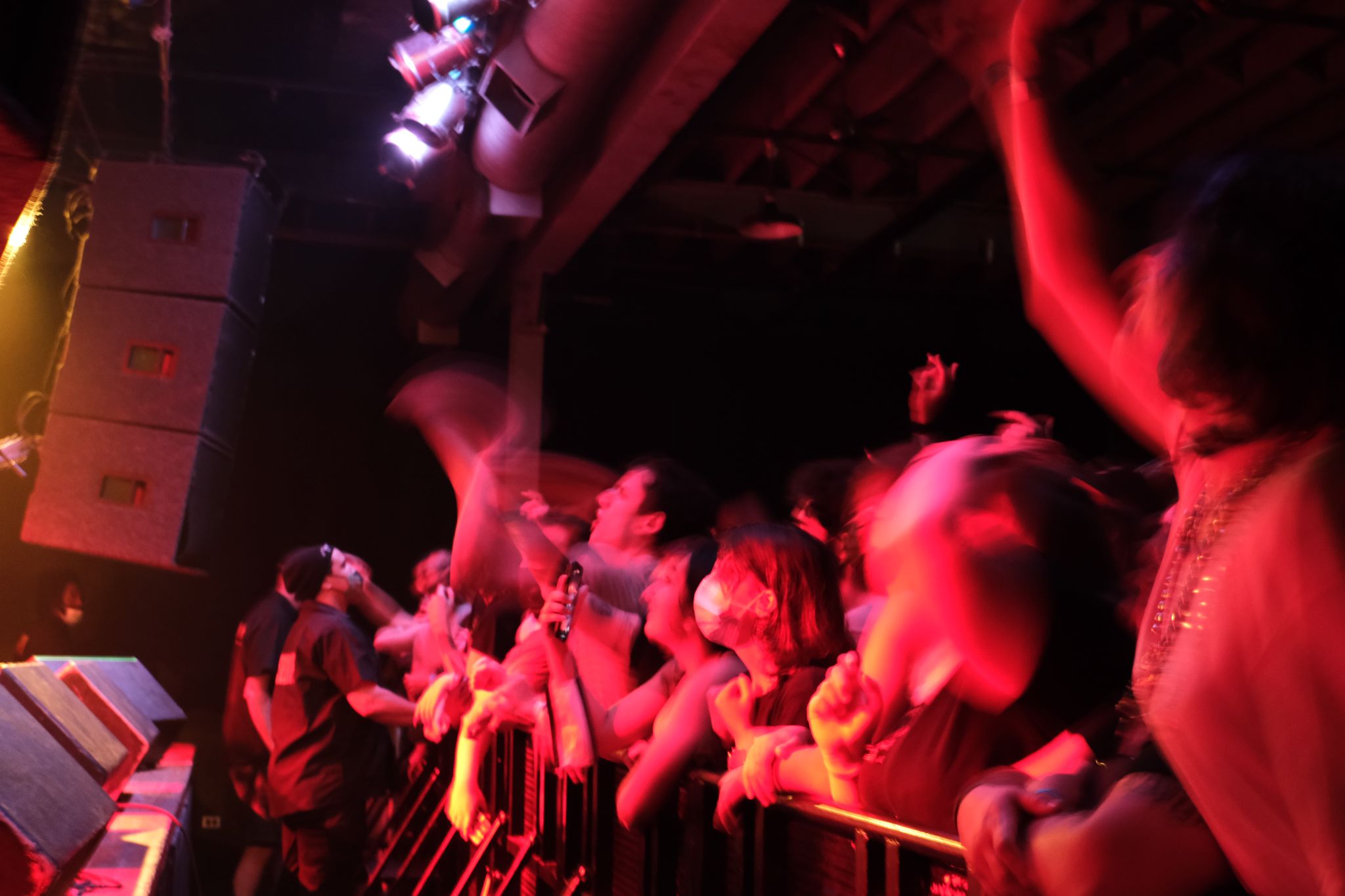 Passage of Time
In this episode of Real College Podcast we unpack the passage of time with the assistance of reporter Brandon Wetterlin and spoken word, as well as bid a fond farewell to beloved host Casey McCabe!

EP 133: Guess Who's Back
In this week's episode, Conner, Jason, and Mae are joined by the founding members of Radio K Sports and the Sports Hour podcast Trask Angell and Grant Sandberg in their long-awaited return to the podcast. The group will run through favorite sports memories/environments, professional talk (NHL & NBA playoffs, NFL schedule releases), and another round of Random Rankings.