Ever since the release of their debut album in 2019, When We Were Friends,  I’ve been closely following The Backseat Lovers and their rise to fame. The group, consisting of lead singer Joshua Harmon, guitarist Jonas Swanson, bassist KJ Ward, and Drummer Juice Welch, are a unique indie rock group originating from Utah with a guitar heavy sound. I was initially introduced to them by my older sister on a road trip and from there was instantly hooked. I loved their youthful yet defined sound, so when I heard they were touring, I knew I had to go. The group played at First Avenue, and when I say that was the perfect venue for these guys, I am being completely honest. Their set and crowd interaction, combined with the scene of First Ave created one of the most genuine concert experiences I have had in a long time.

After waiting at the venue for a bit, the opener Branson Anderson kicked off the concert with a very southern folk inspired set right at 7:00. Anderson had a unique voice and was a solid guitarist, but I personally felt his sound didn’t quite excite the audience as much as one may have hoped. His setlist consisted of a few originals written during the pandemic, a few album cuts, and  two covers, one of which happened to be a halloween inspired cover. Anderson delivered this cover with haunting acoustics and a ghostly vocal display. Although maybe a different vibe than that of The Backseat Lovers, Anderson’s opener was one that felt personal and unique, and that was all I could ask for. 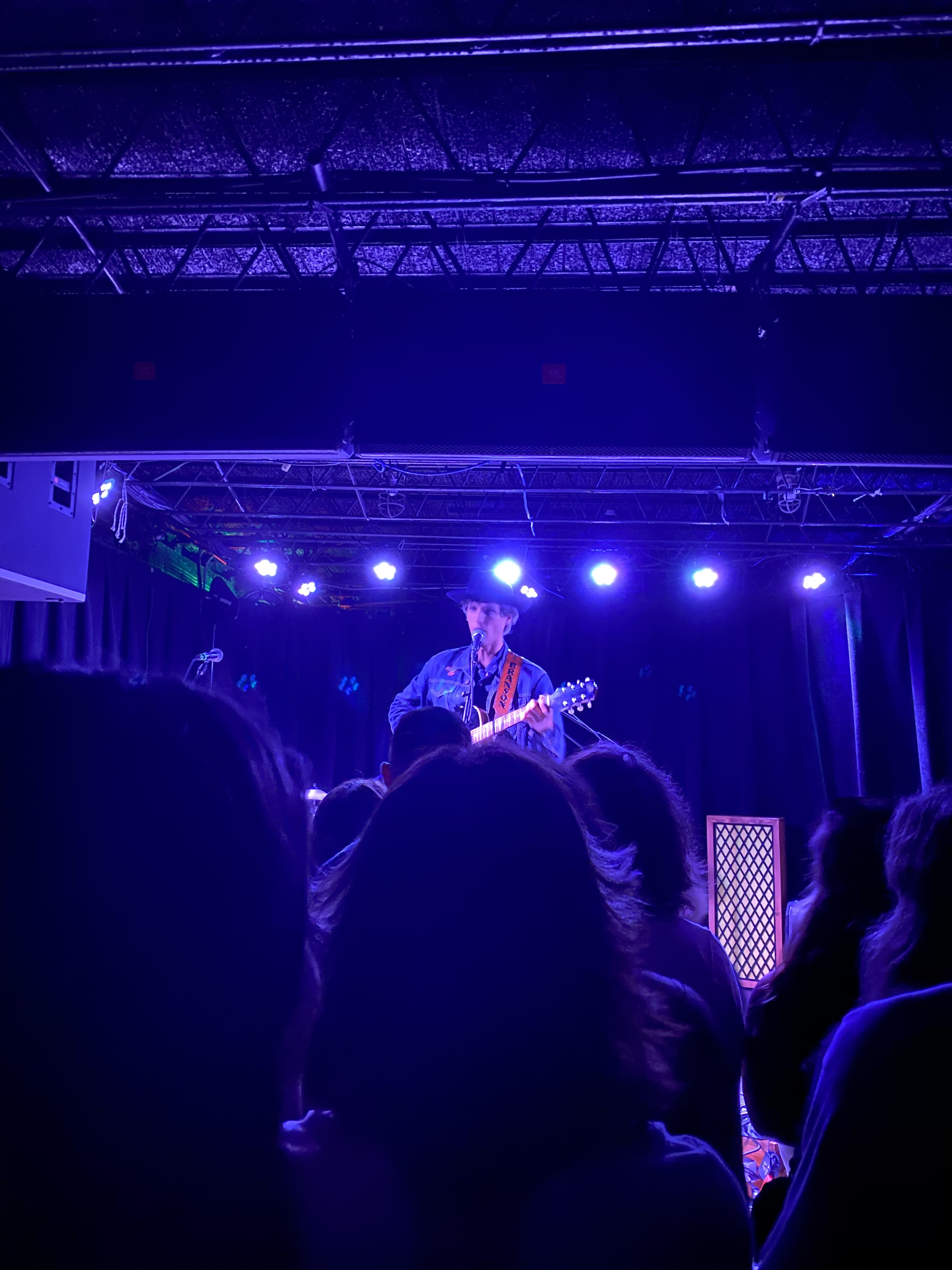 After a brief intermission between sets, scored by the crowd singing “bohemian rhapsody” in anticipation, The Backseat Lovers took the stage around 8:00. To my surprise (as well as the audiences), the band chose to open the show shredding into an improvisational jam session, rather than the first track off of their newest (and only) album, When We Were Friends. Nearly seconds after getting onstage, the tone of the concert was set. A majority of the audience was dancing and maintaining an enjoyable, non toxic atmosphere. One of the  major highlights of the set was the attitude the performers brought to the stage. The lead singer confessed that This was their first large-scale tour, as well as their first time in MN, and you could tell after only 3 songs they were very pleasantly surprised by the crowd's vivacity. Both the lead singer and the drummer were doing a great job leaving their all on the stage, all while sounding well rehearsed and on tempo.

Unsurprisingly, the band made sure to play some fan favorites, such as their breakout hit “Kilby Girl”, as well as their most requested song, “Maple Syrup”. All of the tracks played were met with much excitement from the audience, especially the song “Dugout”. Although the concert was on a smaller, more intimate stage, the set didn’t feel too relaxed or under performed, instead, it felt as if the group was playing with so much enthusiasm, they may as well have been playing for the thousands. Each and every song the group played was well executed on all parts, but I have to admit, the drummer, Juice, was definitely a standout musician. My personal favorite moments were when they played “Out of Tune” (a B side track off of their first EP), as well as their encore. For the group's encore, the band chose to play the closer to their album “Sinking Ship”. The lead singer, Joshua, regarded this song  as one of their most intimate and personal songs to play. He remarked that no matter where each member of the band is at, or what they are going through, this song was the one that unifies them most. It was not only a wonderful closer to the concert, but also a very personal moment off of their album that the whole crowd embraced with open arms.

Funny enough, the only negative of the concert that myself and others felt, was the length of  their set. Clocking in at only about 45 minutes, many of the members of the crowd (myself included) were left after the encore still wanting more. If I had to guess, part of this was a result of the group only having one 9 song album out on streaming, and the fact that they were really putting everything they could into their performance. With that being said, I would have loved to hear more, maybe even a few unreleased tracks would be a fun addition to the setlist. 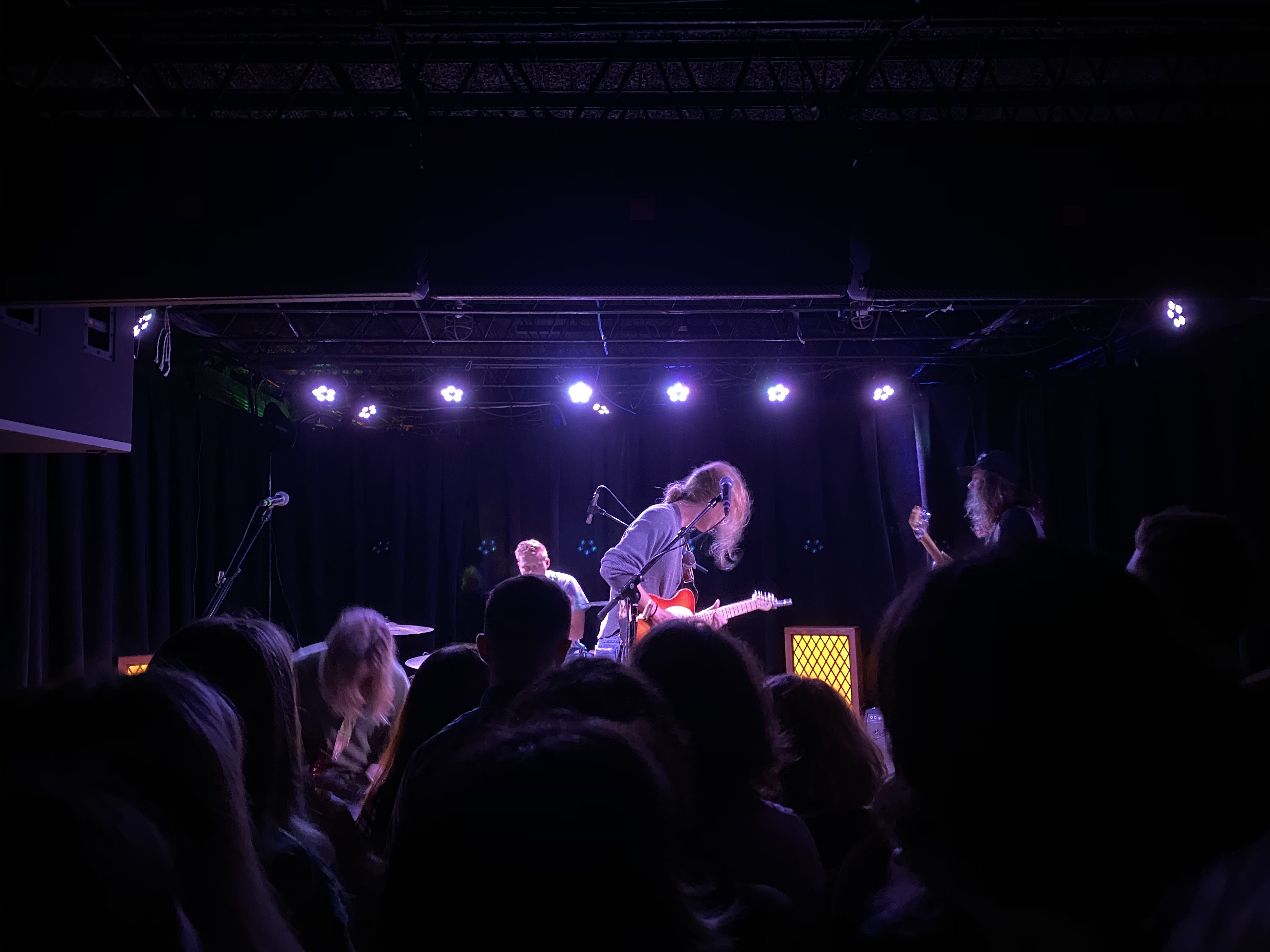 Of all the concerts I’ve been to post Covid, I have to say this was for sure one of the most memorable. The group's unique sound, combined with their stage presence and gripping instrumentation created an unforgettable viewing experience. The whole concert felt personal and catered to the audience, which matched perfectly with the more intimate stage. If you have the opportunity to attend any of their remaining tour dates, I definitely recommend it, even if you aren’t a hardcore fan, The Backseat Lovers bring such an energy to the stage that you will leave the concert as a fan. This concert has me personally excited for the band's future releases, but until then, I will still be streaming When We Were Friends.

Passage of Time
In this episode of Real College Podcast we unpack the passage of time with the assistance of reporter Brandon Wetterlin and spoken word, as well as bid a fond farewell to beloved host Casey McCabe!

EP 133: Guess Who's Back
In this week's episode, Conner, Jason, and Mae are joined by the founding members of Radio K Sports and the Sports Hour podcast Trask Angell and Grant Sandberg in their long-awaited return to the podcast. The group will run through favorite sports memories/environments, professional talk (NHL & NBA playoffs, NFL schedule releases), and another round of Random Rankings.