Tweets by @radiok
Features
Specialty Shows
Off the Record

An in-studio with the wonderful multi-instrumentalist, Dosh, and.... THE ANNOUNCEMENT OF FIRST AVENUE'S BEST NEW BANDS OF 2013 LINEUP!!

We are so incredibly grateful to have had Dosh join us in Studio K for this week's episode of Off the Record. He was here not too long ago with
The Cloak Ox, and we were so happy to have him back in, this time doing his solo work. And, we were even more honored when we found out he would be debuting a new song, "So Cold," during the in-studio, a result of experimenting with a drum machine a friend gave him. His second song was an old favorite, "Naoise," but as many of you may know, Dosh released his latest record, Milk Money, this fall on Graveface Records. We talked a bit about the more solo nature of this album compared to his history of collaboration-oriented albums. The album does have some guest vocals from Aby Wolf, Maggie Morrison, and David Huckfelt, and some production aid from Mike Lewis, Jeremy Ylvisaker, Tom Herbers, and Ben Durrant, but it doesn't come close to the extent of collaboration that we've seen on past Dosh records. He also told us the cutest possible anecdote about something he has sampled, but I'll let you listen to that once the in-studio is up one the site. Later yesterday night, after Off the Record, he played his yearly show at The Cedar with Anonymous Choir. If you went, let us know on Facebook or Twitter!

As if this week wasn't exciting enough with Dosh's in-studio, we also had the privelege of announcing the lineup for First Avenue's Best New Bands of 2013 showcase that will take place on Thursday January 30th. Hopefully you caught the second half of the show, during which we announced each band one-by-one, gave some background on the artists, and played a few songs from each of them. So, here it is!

Vats, the solo project of Ronnie Lee who has been mythologized as playing in 9,000 bands (e.g. Is/Is, Nallo, Miami Dolphins, Weed Masters, etc.), released a few singles off of his upcoming album, iridescent intent, available January 15th as a Limited Edition Cassette. A champion of the Minneapolis psych scene, vats puts a haunting, experimental and ambient touch on the genre, creating something truly refreshing and body-melting. Vats will be joining us in-studio on January 24th.

FINALLY! K.Raydio & Psymun's album LucidDreamingSkylines was released and we played "Moonshine," the third song off the album.

You can check out all the tracks from this session and the interview here.

An in-studio with Blackthorne, Minneapolis's newest metal, hardcore band. They're releasing their Necro Shark 7" (recorded by Deleter frontman Knol Tate) on Blood of the Young Records & Press. Be sure to tune in, because what better way to close off the holidays than with some ear-splitting hardcore music? 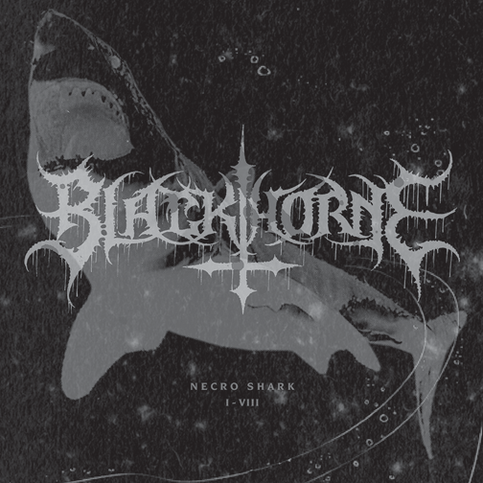